It is not easy to reconcile the conflict between the immediate political imperative to help Flybe and the longer-term necessity of reaching the target of net zero carbon emissions by 2050. But this is not in itself a reason to welcome the British Government’s recent decision on Flybe. Delaying payments due for air passenger duty may help in the short term, but the reality is that aviation produces a significant proportion of our emissions: If we are going to have to reduce our emissions, we are going to have to fly less.

How will that be achieved? Arguably by a monetary mechanism: by making it more expensive to fly.

Memory is short: few people reflect that cheap flights within Europe are not a basic human right, but rather the result of legislation which went through the (European) Transport Council in the 1980s. Before that there were various bilateral “freedoms”, largely controlled by individual European countries and mostly served by state-owned airlines. 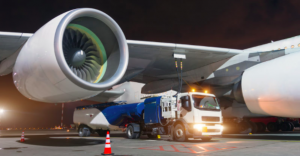 But, more importantly, at that time aviation was also governed by the International Aviation Conventions, such as the Warsaw Convention or the Chicago Convention. And one of their provisions was that jet-fuel be duty free, understandably since most of the airlines were government owned. That was then: there is no reason for a provision to be set in stone for ever. Why not cease to regard jet fuel as immutably duty free? Just suppose that “all the world” was looking for a way to make flying more expensive on a basis which “all the world” could agree was fair. Why not make the airlines pay a small tax per litre of jet fuel to the International Civil Aviation Organization, or another international body, perhaps earmarked for use to make airports safer?

It could be argued that it would simply be too difficult to re-assemble all the signatories of the relevant conventions. But a moment’s thought reveals that if the politicians gave a united lead, modern technology would cope.

The airlines collectively would be bound to complain, but if “all the world” was convinced that the only way to reduce emissions from aviation was to fly less and accordingly “all the world” agreed that the costs of flying had to increase, then only solutions which were perceived to be fair could be envisaged. Conceptually, there are a number of “fair” solutions. The advantage of a simple tax on all jet fuel paid to an international body would be that it was non-discriminatory: any airline flying a particular route would still have competitors with the same fuel costs. (That is why the money needs to be paid to an external body-to ensure genuine equality of burden when a fuel tax is levied)

There is also another reason to support the introduction of taxation on aviation fuel. Companies engaged in almost every other industrial activity normally pay tax on all their raw material inputs. Now that most of the state-owned airlines have been privatised, why should the airline companies not fall into line and pay tax on their input?