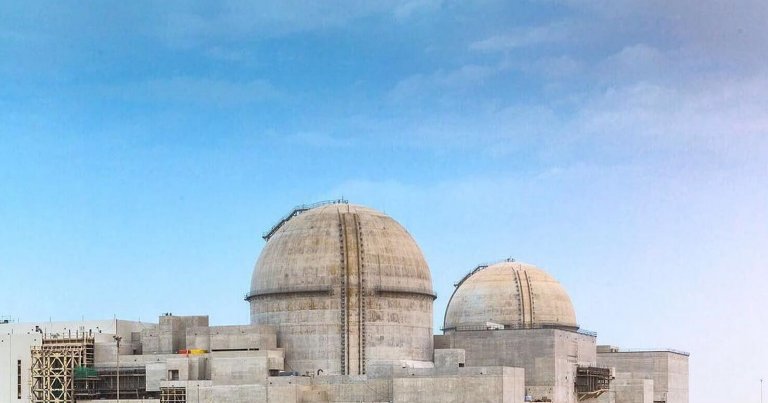 Far from tackling climate change, nuclear power is an expensive distraction whose safety is threatened by wildfires and floods, experts say.

Nuclear power is in terminal decline worldwide and will never make a serious contribution to tackling climate change, a group of energy experts argues.

Meeting recently in London at Chatham House, the UK’s Royal Institution of International Affairs, they agreed that despite continued enthusiasm from the industry, and from some politicians, the number of nuclear power stations under construction worldwide would not be enough to replace those closing down.

The industry was disappearing, they concluded, while the wind and solar sectors were powering ahead.

The group met to discuss the updated World Nuclear Industry Status Report 2019, which concluded that money spent on building and running nuclear power stations was diverting cash away from much better ways of tackling climate change.

Money used to improve energy efficiency saved four times as much carbon as that spent on nuclear power; wind saved three times as much, and solar double.

Amory Lovins, co-founder of the Rocky Mountain Institute, told the meeting: “The fact is that nuclear power is in slow motion commercial collapse around the world. The idea that a new generation of small modular reactorswould be built to replace them is not going to happen; it is just a distraction away from a climate solution.”

On nuclear and climate change, the status report says that new nuclear plants take from five to 17 years longer to build than utility-scale solar or on-shore wind power.

“Stabilising the climate is urgent, nuclear power is slow. It meets no technical or operational need that these low-carbon competitors cannot meet better, cheaper, and faster,” the report says.

There was considerable concern at the meeting about the possible danger to nuclear plants caused by climate change. Mycle Schneider, the report’s lead author, said the reason why reactors were built near or on coasts or close to large rivers or estuaries was because they needed large quantities of water to operate. This made them very vulnerable to both sea and coastal flooding, and particularly to future sea level rise.

He was also concerned about the integrity of spent fuel storage ponds that needed a constant electricity supply to prevent the fuel overheating. For example, large wildfires posed a risk to electricity supplies to nuclear plants that were often in isolated locations.

Loss of coolant because of power cuts could also be a serious risk as climate change worsened over the 60-year planned lifetime of a reactor. However, he did not believe that even the reactors currently under construction would ever be operated for that long for commercial reasons.

“The fact is that the electricity from new reactors is going to be at least three times more expensive than that from renewables and this will alarm consumers. Governments will be under pressure to prevent consumers’ bills being far higher than they need to be.

“I cannot see even the newest reactors lasting more than a decade or so in a competitive market at the prices they will have to charge. Nuclear power will become a stranded asset,” Schneider said.

The report shows that only 31 countries out of 193 UN members have nuclear power plants, and of these nine either have plans to phase out nuclear power, or else no new-build plans or extension policies. Eleven countries with operating plants are currently building new ones, while another eleven have no active construction going on.

Only four countries – Bangladesh, Belarus, the United Arab Emirates and Turkey – are building reactors for the first time. In the last 12 months only Russia and China have started producing electricity from new reactors – seven in China and two in Russia.

One of the “mysteries” the meeting discussed was the fact that some governments, notably the UK, continued to back nuclear power despite all the evidence that it was uneconomic and could not compete with renewables.

Allan Jones, chairman of the International Energy Advisory Council, said one of the myths peddled was that nuclear was needed for “baseload” power because renewables were available only intermittently.

Since a number of countries now produced more than 50% of their power from renewables, and others even 100% (or very close) while not experiencing power cuts, this showed the claim was untrue.

In his opinion, having large inflex UK’s approach appeared to be dominated by “nuclear ideology.” It was driven by settled policy and beliefs, and facts had no connection to reality. “Nuclear is a waste of time and money in the climate fight,” he concluded. – Climate News Network