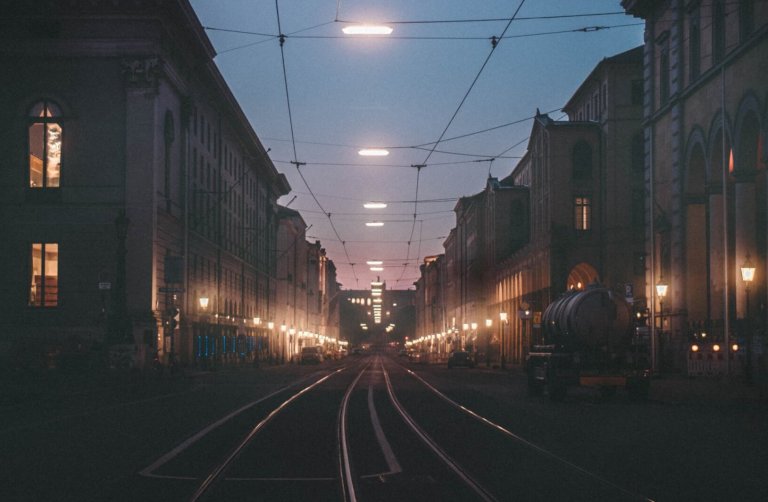 All Munich’s transport, buildings and energy supplies should be carbon neutral by 2035. Image: By Danny Feng on Unsplash

Despite its ambitious goals and promising start, Germany’s green energy quest is faltering, and it has missed a key target.

The city of Munich – one of Europe’s wealthiest urban conurbations – has expansive plans to tackle the fast-growing problems associated with climate change: its policies are a good example of Germany’s green energy quest, the Energiewende.

At the end of last year Munich, Germany’s third largest city with a population of just under one and a half million, joined a rapidly expanding group of countries, cities, towns and councils around the world in declaring a climate emergency.

Munich’s council has already announced plans to source all the city’s electricity from renewable sources by 2025. It has also pledged to make the city – its transport systems and building sector as well as its energy supplies – carbon neutral by 2035.

As the UK-based Rapid Transition Alliance and other similar organisations point out, switching energy sources away from fossil fuels, while vital for the future of the planet, is a considerable challenge. And transitions which start off at a gallop may as time passes risk slowing to a trot.

Under its Energiewende or energy transition policy unveiled 20 years ago, Germany has made substantial progress in transforming its energy sector, reducing the use of climate-changing fossil fuels and boosting energy from renewable sources.

According to the latest figures, renewables – wind, hydro-power, biomass and solar – now account for just over 40% of Germany’s total energy production.

Along with this transition, there’s been a 30% drop in Germany’s greenhouse gas emissions (GHGs) over the last 30 years.

But, though the Energiewende policy was initially successful, making further progress on replacing fossil fuels with renewables and cutting back on GHG emissions is now proving ever more difficult.

The initial aim was to achieve an overall 40% drop in GHG emissions by the end of 2019 as compared to 1990 levels: clearly that target has not been met.

Several factors are in play: despite early progress on cutting back on coal use, Germany – which has Europe’s largest economy – has so far failed to wean itself off its dependence on what is the dirtiest of fossil fuels.

More than 25% of Germany’s total energy production comes from coal – one of the highest rates among European countries. Most of the coal burned is lignite, the most polluting form of the fossil fuel.

In 2011, in the aftermath of the Fukushima nuclear disaster in Japan, Germany announced it would be phasing out its use of nuclear power. Since then, 11 of its 17 nuclear reactors have closed, the latest at the end of 2019.

Critics of the Energiewende say the phase-out of nuclear power has meant that coal has continued to play a dominant role in Germany’s energy sector.

The German government says it will shut its more than 100 coal-fired power stations by 2038. Some say this is far too late, while others question Germany’s increasing reliance on imported energy – particularly gas from Russia.

Other factors are hindering the Energiewende. Though many German households and small businesses are switching to solar power, a large proportion of the country’s renewable energy – about 20% – is sourced from wind power, most of it land-based.

In recent years there’s been growing concern about the proliferation of land-based wind turbines: more restrictions have been brought in on their construction, resulting in a drastic cut-back in wind project start-ups.

All this means that the goals of the Energiewende will be tough to achieve for Munich – and for Germany.

Munich is the capital city of the southern state of Bavaria, home to BMW and many other leading German industries.

The state has brought in some of the country’s most stringent restrictions on wind power projects: to meet its ambitious decarbonisation targets and, at the same time, ensure its energy supply, Munich is now having to invest in wind power installations abroad, some as distant as Norway.

But such enterprises carry their own set of problems. Environmental groups in Norway have raised objections to wind power turbine installations which they say threaten the beauty of the landscape. In particular they criticise the construction of such projects solely for the export of energy. – Climate News Network