Electric vehicles in the world

Abu Dhabi’s inaugural Electric Vehicle (EV) Innovation Summit took place between 23 and 25 May, 2022. The country is keen to advance its sustainability agenda ahead of hosting COP28 in 2023.Last year the United Arab Emirates(UAE) become the first GCC nation to introduce a net-zero carbon emissions target, pledging to achieve this target by 2050. The UAE has also made investments overseas to develop EV and EV charging technology. For instance, the UAE’s renewable energy company, Masdar, has invested £35 million into a £400 million UK government fund to develop Britain’s EV charging infrastructure.

The UAE also opened its first EV manufacturing facility in March 2022. The plant is expected to produce 55,000 vehicles a year and will be run by local company ‘M Glory.’ The UAE will hope to position itself as a key supplier of EVs to other states in the region. (Saudi Arabia, for example, is aiming for 30 per cent of Riyadh’s vehicles to be electric by 2030.) 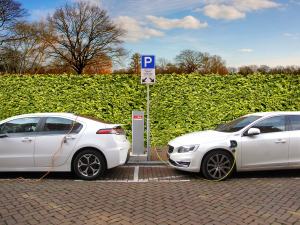 All well and good. We should not forget that the International Renewable Energy Agency (IRENA), the UN body for Renewables, is headquartered in Abu Dhabi. It is mandated to promote the widespread and increased adoption and sustainable use of all forms of renewable energy in the pursuit of sustainable development, energy access, energy security and low-carbon economic growth and prosperity. So from the point of view of officials, it makes perfect sense for the country where IRENA is sited to be seen to be active.

But what about the world in which China looms so large? (In 2020 1.3 million EV were sold in China, which represented 41 per cent of total sales. By comparison 42 per cent were sold in Europe. Yet EV sales in the USA were only 2.4 percent of all EV sales.) The Chinese are committed as a question of policy to vehicles with electric engines, not least because they are technologically a lot simpler to assemble than the internal combustion engine.

Anecdotally, there seem to be more electric cars around in the UK now than before.( In the three month period July-September 83,000 ultra-low emission vehicles were registered out of a total of 542,000 vehicles and a vehicle registration in total of 39.2 million.) The crucial question is whether any person who wants an electric car now has got one, or whether what we are seeing now is but the tip of the iceberg of a huge future demand, backed up by the Government’s decision to outlaw all sales of new petrol and diesel cars after 2030. Yet bizarrely, just as range anxiety diminishes and demand is increasing, the world’s leading car manufacturers are urging caution on the supply side. They say that shortages of lithium, semi-conductors, batteries and the likely price rise of raw materials more generally may damage the ability of the electric car industry to deliver their targets.

In all the barrage of advertising about the joys of electric cars, somehow the detail of cost has been overlooked: EVs are relatively expensive.