PV Crystalox: a decision before Christmas?

On 14 September, PVCrystalox reported on the first half of 2018. In terms of trading, this was another difficult period, with far fewer wafers sold, resulting in a fifty per cent decline in revenue (€6.2 million as against €12.6m in H1 2017). This brought gross losses up to around €0.9m, though profit before tax rose to Euros 2.7 million, a substantial improvement on the loss of €5.6m recorded during the same period last year. This is to be explained partly at least by the running down of the inventory, which is now only around 3MW or €0.2m, a big reduction on the previous figure of €3.9m at the end of 2017.

The figure for Net Cash and cash equivalent is now €39.6m and this perhaps reinforces the view that for PVCrystalox the real game is not now in wafer operations. The company has been engaged in an arbitration case which was protracted but eventually successful. Following the aforementioned ICC arbitration award and further negotiation, agreement has now been reached with the customer concerned. All claims and obligations under the wafer supply contract and arbitration award have now been settled. The customer has agreed to make revised payments totalling €28.8m and in return to waive the right for the delivery of the outstanding wafers specified in the contract.

The first payment of €14.5m was duly received on 8 May 2018 and is recorded in these interims. The second and final payment of €14.3m is expected on 30 November and will be a further addition to the cash reserves. The company will then need to decide what to do with what should by then be a substantial pile of money (39.6 million euros, plus the further 14.3 million euros, minus any cash burn from 1 July to then). 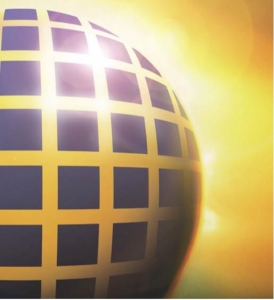 The interim report contains a statement to the effect that the Board continues to explore options for the future of the group in order to maximise shareholder value. Options would include the return of cash to shareholders, or the acquisition of an existing business, or both. The expectation is that a decision would be made by the end of 2018. There are obviously a number of those who would advocate that the company be wound up and all the money be returned to the shareholders. But no decision has yet been taken.

For a number of years, PV Crystalox was a successful maker of multicrystalline silicon wafers for the solar industry. But then prices collapsed as a result of Chinese competition/over-supply. The company discontinued its UK manufacturing operations in 2017, and in the first half of 2018 also stopped wafer production in Germany. A buyer for the wafer business could not be found, “restructuring” followed, which resulted in a far smaller operation, focused on the cutting of glass and quartz for the semiconductor and optics industries. The interim report tells us that “Very” preliminary discussions have been held on transferring this business to the existing management team.