On November 8 2017 an arbitration award of US$34 million (£23.15m) was announced in favour of PV Crystalox Solar plc. On that day, the share price rose about 7 per cent to 26.75pence before settling a little. The Stock Exchange tells us that at market closure on Nov 10 the market capitalisation of Crystalox was £43.68m at a share price of 23.62p.

This award has been delayed and postponed several times. It was as long ago as April 2015 that PV Crystalox originally presented their case to the International Court of Arbitration of the International Chamber of Commerce, in Frankfurt, asking for an award against one of the world’s leading PV companies, which had since 2013 failed to purchase wafers in line with its obligations under a supply contract signed in 2008. That related to shipments over a seven year period at prices which reflected market prices at that time, considerably above current levels. (The recourse to arbitration followed a failure to reach agreement on reasonable compensation at company level.) 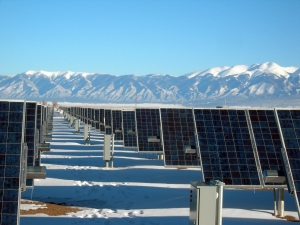 PV Crystalox Solar had a 25-year history of production in the UK and Germany with high growth and profitability. It was the first company to develop multi-crystalline technology on an industrial scale, producing silicon ingots and wafers, the key component in solar electricity generation systems. But then, in 2011, as a result of over-capacity in China, there was a dramatic deterioration in the terms of trade for silicon wafers: their price dropped way below the costs of production. The company instituted economy measures to reduce the outflow of cash and it embarked on a strategic review of future prospects: in 2016 the Board decided to extend the period of the review until the outcome of the arbitration procedure was known.

That arbitration process has taken longer than expected. But now that the size of the award is known, and on the assumption that the money is eventually paid, there is no obstacle to the finalisation of the review about the best option for shareholders. From their perspective, it would seem that a response is needed to a simple question: is there a prospect of PV Crystalox trading profitably in the future. Or, to put the question another way, is there a viable alternative to the somewhat stark proposition that the company should now be wound up and all the resultant cash be distributed to shareholders. According to the company, there are 160,278,975 shares in circulation and, in addition to the arbitration award, the interim report on the six months to June 30 2017 recorded net cash of Euros 27.9m and an inventory worth Euros 7.4m.

There is a wider perspective here: many are rejoicing at the spectacular reduction in the prices for electricity derived from solar installations. But the PV Crystalox saga reminds us that there is a darker side to this welcome price reduction. In 2016 GCL-Poly, the world’s largest wafer company, located in China, produced 17,327 MW of wafers. By comparison, PV Crystalox produced only 114 MW in 2016. Worse, the company, which used to manufacture profitably in the UK, announced in July 2017 that all manufacture in this country would cease during Q3, with the inevitable loss of a number of jobs.