We are sadly watching the slow demise of PVCrystalox, the British company which at one time produced  multicrystalline silicon ingots and wafers, the key component in solar power systems. The Board of the company has announced that they expect to return to shareholders about £38.5 million on, or around 21 June 2019. This represents approximately 95.49 per cent of the stock market valuation of the company at close of play on 6 June.

The vast bulk of this money represents, with some modifications, the arbitration award to PVCrystalox of some £36.8 million, reflecting the time when Chinese over- production destroyed the market. After that arbitration award was announced, the Board undertook an extensive review of strategic options for the future of the company, but then concluded in early 2019 that, rather than the pursuit of acquisitions, the return to shareholders of a large proportion of the available cash as part of the orderly resolution of the company’s affairs would be in the best interest of shareholders.

Accordingly, following approval at an EGM and agreement by the Companies Court on the reduction of share capital, the cancellation of the share premium account and the cancellation of the capital redemption reserve, a one for twenty-two share restructuring process took place at 6.05pm on 6 June. This was a necessary prelude to returning cash to shareholders. It is expected that payments in respect of the original shares will be made on, or around, 21 June on the basis of 24p for each share, which were previously trading at 25.13p. 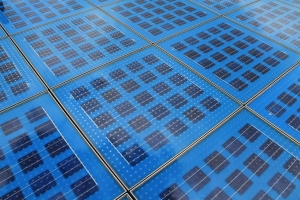 The difference between the share price and the redemption price is reflected in the 7,285,408 new ordinary shares of 3.0206 pence each which were admitted for trading on 7 June ex-entitlement to the Return of Capital. There are still shares and there is still a company because a way has yet to found to satisfactorily transform the residual manufacturing operation in Germany.  This no longer deals with silicon but now undertakes cutting operations for the German optical industry.

But as German labour law is rather more prescriptive than English law, the result is that, from a shareholder’s perspective, the least attractive option is to simply let the German operation fail. Other options might be a sale to a third party or the transfer of the business to the existing management team.

At one level this is a story about markets: lower cost manufacturers edge out higher cost producers who eventually go to the wall. That’s economics. That’s how markets work. PVCrystalox made a profit when prices for solar systems were high, but could not compete when solar saw major cost reductions (and thus widespread adoption). At another level this is a story about technology transfer to Asia: British (and German) technology moving to Asian lower cost producers. In this connection it is perhaps worth remembering that the solar cell was originally “discovered” by the US Navy back in the 1950. So solar panels in their current form are hardly cutting edge technology.

But it is still salutary to be reminded that in a world when there are winners and losers, some of the losers will be British.