What future for PV Crystalox?

It would seem that the pessimistic scenario forecast in PVCrystalox’ latest Annual Report is coming to pass. The CEO is quoted as saying “After 7 years, the Board has concluded that there is no real prospect of any change in market conditions which might permit a return to profitability for the Group’s wafering operation without further investment.”

When we last wrote about the company (Greenbarrel 14 November 2017) an arbitration award of around 36 million euros in favour of PVCrystalox had just been announced. On 8 May 2018 the company announced that a part payment of 14.5 million euros had been received and that negotiations concerning the remaining monies continued. Today’s share price of around 24p essentially reflects both expectations of further payments in accordance with the arbitration award and cash in hand.

But the company’s plight is really a reflection of the continuing brutal market situation for the producers of silicon wafers, the “raw material” for solar panels. The same Annual Report states:-

“Prices essentially remained decoupled from production costs due to industry overcapacity in China which continued to consolidate its dominant position both in manufacturing and end market demand. According to data released by the China PV Industry Association, China accounted for 71 per cent of global PV module production and 68 per cent of solar cells in 2017. The country’s position in wafer production was even stronger with a market share of 83 per cent, while for polysilicon it was 56 per cent.” 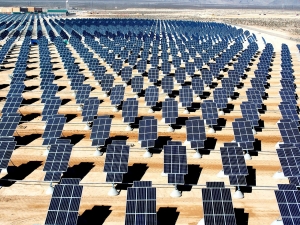 The new photovoltaic policy released by three Chinese government ministries (the Ministry of Finance, the Bureau of Energy, and the National Development and Reform Commission) at the annual SNEC 2018 event at the end of May, has only caused more pain, with the market reacting adversely to the prospect of reduced consumption. For slower demand in China will increase competition, exacerbate a panel glut and drag down prices. That will mirror the conditions that prompted some struggling U.S. solar panel makers to seek tariffs last year.

In these circumstances, PVCrystalox has proclaimed its’ intention to liquidate itself and return the proceeds to shareholders or, possibly, to acquire a company in another sector. To an extent it is in pre-liquidation mode. UK operations were closed in 2015 and, more recently, the company has restructured its German entity, reducing it in size and exiting the production of wafers. In the meantime, negotiations continue over the balance of the arbitration award and the extent to which this should take account of those wafers which were contracted for, but never demanded from, the UK company. It is relevant that all the time that these negotiations are not brought to a conclusion, interest on the unpaid element of the arbitration award mounts up at a very healthy rate.

The other side of this coin is, inevitably, that a brutal market for the producers of solar wafers holds great attraction for the installers of solar panels. For them, the cheaper the panels, the better.