Increasing the use of Renewables in Heating (and transport) is more complicated than increasing its use in electricity generation. That is implicitly recognized in the targets the EU has set for 2020. They envisage that 30 per cent of electricity will be generated from wind, solar and other low-carbon sources, but only 12 per cent of heating energy and ten per cent of transport fuels will come from clean sources by the same date. Additionally, it seems that while we may meet the electricity generation target, it is unlikely that we will meet the heating target, even though it is much lower. Some would also say that since these targets are only advisory, there is no legal obligation for them to be met. But there is perhaps a reputational risk for any claim to be a leader in the climate change debate.

The fact is that on heating, there are not a lot of good “renewable” options. Use of solar electricity could be more wide-spread, but the climate in the UK is scarcely ideal; biomass heating can produce soot particles; biofuels derived from plants are controversial. At the least they need to be closely supervised, at the most they lead to deforestation. Even ground source heat pumps have their limitations: while they (and air source pumps) can be used for heating under floors with a large mass, usually stone or cement, they are of less value when deployed in conjunction with radiator heating. This is because pumps are efficient at providing a lot of heat at low temperature but they use increasing amounts of electric power at higher temperatures. The temperature of the soil only goes up to 10C to 20C but for radiators you need water temperature up to 50C. The remaining energy has to come from electricity. 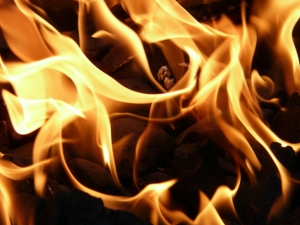 Increasing the number of heat pumps installed is nonetheless a key component of British Government’s Renewable Heat Initiative (RHI) designed to reward those who invest in renewable heating systems. The initiative comes in two parts: the first is the Non-Domestic scheme which provides financial support for renewable heat technologies for 20 years. Once a scheme is accredited, a tariff level will be assigned to the installation based on its technology (eg biomass, heat pump, solar) and size. Tariff rates are set by the Department for Business, Energy and Industrial Strategy (BEIS) and varied from time to time to keep payments within budgetary limits, which are however rising steadily over the next five years. Payments are made based on the actual heat output of the installation. BEIS statistics for the period November 2011 to October 2017 show over 19,000 non-domestic applications, of which over 17,000 have already led to successful accreditations.

The second part of the initiative covers Domestic Heating. Like its partner scheme, it is designed to promote the use of renewable heat to help the UK reduce its carbon emissions and meet its renewable energy targets. It covers households both off and on the gas grid and successful applicants receive quarterly payments for the actual amount of clean, green renewable heat their system produces, though payments only last for 7 years not the 20 years in the partner RHI scheme. BEIS statistics show nearly 60,000 successful accreditations with a further 3,000 or so still undergoing verification

While it is not clear how successful the schemes have been in increasing the use of renewables in heating, there is no doubt that the websites of heat source pump companies like Kensa or Husky give a significant place to the benefits of the Government’s RHI schemes.