Berkeley Energia is a London quoted about-to-be uranium producer which can cause confusion amongst investors over its job description. Some government departments and quasi-government organisations in the UK have the sneaky habit of massaging the figures for renewable electricity providers by lumping nuclear plants, for which uranium is the feedstock, into the energy mix to make the green sector look good.

Thus in 2015, for example, renewables–broadly defined as mostly wind and solar– accounted for 25 per cent of electricity provision with nuclear coming in at 21 per cent. This meant, in theory, some 46 per cent came from so-called green companies against a dwindling 20 per cent from coal, one per cent from oil and 30 per cent from gas. Nuclear plants are non-carbon emitting compared to fossil fuels like coal and gas. The problem with this kind of accounting is that uranium is not-renewable. The world could run out of it. 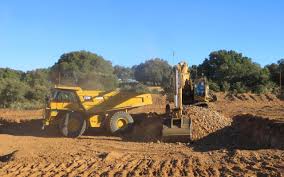 Building the Salamanca plant in Spain

Berkeley does not describe itself as a renewable group but as a clean technology one, which believes that a new generation of nuclear plants is unavoidable if climate change is to be successfully combatted. Here again there can be a query over nomenclature. There is a question about nuclear waste. Some investors can have doubts about the seemingly intractable problems of how safely to store nuclear waste. They can feel that nuclear plants are anything but clean.

Most investors, however, seem un-nonplussed by considerations about waste. In particular one such substantial investor, the Middle East Sultanate of Oman is clearly very keen in becoming part of Berkeley. On November 30 Berkeley announced that it had finalised a deal with the Sultanate’s growth fund that will finance its flagship Salamanca mine in northern Spain through construction into production which ostensibly will start in 2018.

Back in the day (2016) Berkeley said the upfront costs of getting Salamanca into business would be US$96 million. Under the agreement with the Sultanate’s growth fund (SGRF) the company will receive US$120m through a convertible loan and option package to fully fund the project through to the output stage. Berkeley has already received an interest free and unsecured loan of US$65m convertible at 50p a share which was at a 12 per cent premium to the share price on the day of the deal (November 30).

The company also has the option on three further loan tranches amounting to US$55m convertible at 85p. The whole package, apart from de-risking the project also means there is no dilution for existing shareholders since with full conversion the SRGF will hold over 28 per cent of Berkeley. The SGRF will also be able to participate in off-A-take deals.

Salamanca is reportedly the only nuclear plant, certainly in Europe, which is in advanced development. When a going concern it could become one of the 10 largest producers in the world, the company claims. A so-called definitive feasibility study (DFS) issued in 2016 said that Salamanca will be one of the lowest producers in the world and have robust financials. With uranium spot prices in the doldrums Berkeley has also been able to put lucrative off-take deals in place. Berkeley has signed a binding contract with trader Interalloys to supply two million pounds of uranium a year over five years at more than US$43 a pound almost twice the current spot price of US$23.60.

The DFS said that over an initial ten-year period, Salamanca can produce an average of 4.4million pounds a year at US$13.30 per pound and cash cost of US$15.06 a pound  compared to a then spot price of US$25 a pound. The report said it expected an annual net after tax profit of US$116m .Shares in the £141.90m market cap company were 56.90 pence last evening.

By Stewart Dalby|2017-12-13T13:54:51+00:00December 13th, 2017|Berkeley Energia|Comments Off on Berkeley Energia finds a significant investor to propel its Salamanca uranium mine in Spain into production