Why has windpower in India gone off the boil?

India is the world’s second-largest hub for the manufacture of turbines and the fourth-largest onshore wind market by installations. By 2019, 37.5 GW of wind capacity had been installed. Yet in that year, only 2.3 GW of capacity was added. Why?

To some extent, this comes on top of what was already an appreciable slow-down in project installation in the last couple of years (In 2017, a total of 4.1 GW of wind power was installed, nearly double the figure for 2019). It is not that India lacks potential capacity: according to estimates by the National Institute of Wind Energy (NIWE) and World Bank Group, India has potential for more than 300 GW of onshore wind at 100-m hub height, and a further 195 GW of fixed and floating offshore wind. Yet since 2017, when Government has put more than 17 GW of capacity up for auction, nearly one-third was either unsubscribed or cancelled/ abandoned after being awarded. 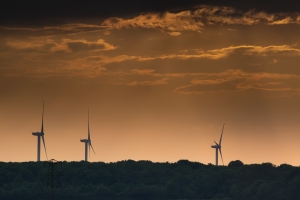 Image by lovnpeace from Pixabay

Wind is already the second most competitive energy source on India’s grid today (the other being solar), and the government has been prioritising renewable energy development through its Intended Nationally Determined Contribution (INDC) targets under the Paris Agreement. Official targets have already been set for 175 GW of renewable energy capacity by 2022, including 60 GW of onshore capacity and 5 GW of offshore capacity and, for the longer term, a huge and impressive target of 450 GW by 2030, of which 140 GW will be wind-based generation (the latest estimates are for power consumption to grow by more than 7 per cent annually. If this is sustained, total demand will exceed the electricity demand of the whole of Europe by the late 2030s.)

But the latest report from Global Wind Energy Council (GWEC) suggests that by 2022 India will only have installed around 10 GW of further capacity, which would leave the country well short of its admittedly ambitious wind energy target for that year. This is the result partly of the impact of Covid 19, which could not have been foreseen, and partly that of the “dead hand” of Indian bureaucracy, which perhaps could more easily have been foreseen.

The fact is that targets alone are simply not enough to ensure the market grows at the right pace to reach the objectives set out by the planners. In recent years the Indian auction system was rightly applauded for bringing the rigours of the market system to the electricity generating business. Yet while lower, not to say very competitive, prices at auction actually worked to increase some of the pressure on turbine manufacturers (See eg Greenbarrel of April 7 on Suzlon turbines), the main challenge was, and remains, to achieve those changes in the administrative framework which are vital for the commercial success of the auctions. The GWEC CEO points to the need, inter alia, to set realistic prices, to build grid infrastructure faster, to ensure market liquidity and to streamline the process of land allocation and site development. These are all tasks for the central administration, or possibly for the administrations in the States concerned. Hence, perhaps, some of the delays and the confusion.