SSE’s results suggest it is on the right track

On 25 May Scottish and Southern Electricity (SSE) reported preliminary results for its financial year ending 31 March 2022. Earnings before interest and tax, or operating profit, were up at £1.5bn (2021: 1.3bn) with earnings per share up at 95.4p (2021: 78.4p). These results exclude revenue from its one third stake in Scotia Gas Networks (SGN) whose sale was completed in March. This sale was the last step in SSE’s withdrawal for the retail energy market, having sold its UK electricity retail business to Ovo in 2020 (although, confusingly, Ovo can continue to use SSE’s name until 2023)[1].

Of all UK companies SSE has made the largest move into renewables, apart possibly from Shell and BP. It now operates three main businesses, which can be divided by operating profit into Transmission (25 per cent), Distribution (23 per cent), and Renewables (wind and hydro, 37 per cent). The remainder comes from Thermal gas and oil generators and Gas storage (22 per cent) and a loss of 7 per cent on other operations. The company entered the renewables business in 2008 when it bought Airtricity which, apart from onshore windfarms, had won the seabed lease for a large North Sea wind farm (Greater Gabbard). At the time it was seen as a daring move, but now SSE is by far the largest of the UK offshore wind operators, although still only operating 13 per cent of the total capacity.

In November 2021, at the time of COP26, SSE published a strategic update, or “Net Zero Acceleration Programme”. This re-iterated its ambition to be the UK’s clean energy champion by delivering a quarter of the government’s target of 40GW offshore wind by 2030 and over 20 per cent of the investment required in the UK’s electricity network. The main change from previous plans was an increase in capital investment between now and 2026 from £7.5bn to £12.5bn, or £2.5bn per year. Over the same period, it plans to reduce the share put into electricity networks from 65 per cent to 40 per cent and increase that of renewable generation from 25 to 40 per cent, the remainder going to its other businesses. 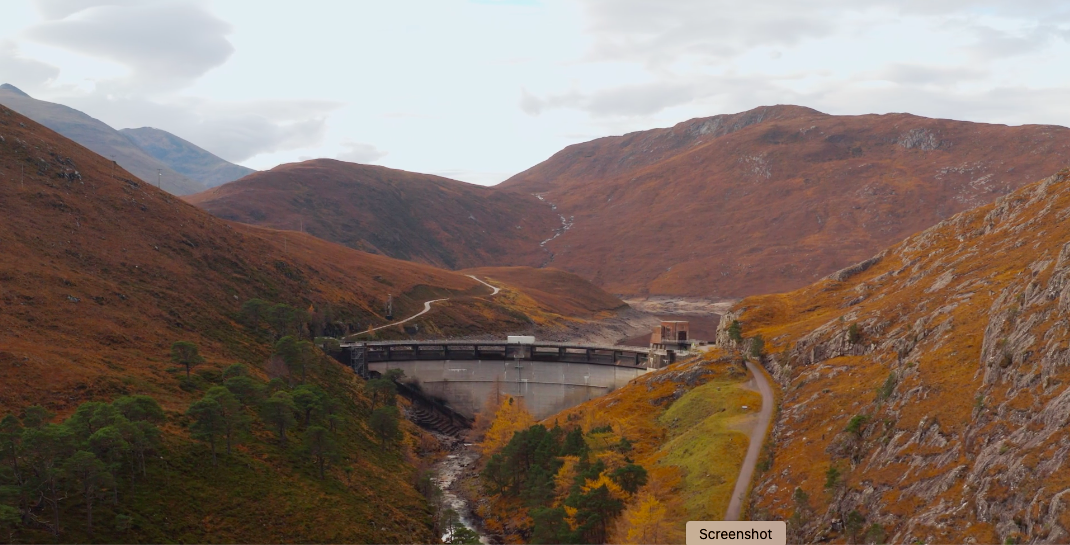 With this investment SSE expects to double its installed renewables capacity to reach 8GW in 2026 while also ensuring a pipeline that will add 1GW per year thereafter, mostly in offshore wind. Part of this investment would be funded by selling stakes in its existing businesses. For example, SSE sold a 10 per cent stake in the Dogger Bank C wind farm to Eni earlier this year, and plans to sell 25 per cent stakes in both its transmission and distribution businesses. No doubt stakes will be sold in its other offshore wind farms at the appropriate time.

These are bold plans, particularly when one considers SSE’s market capitalisation of £18.5bn. For comparison, Shell, with ten times the market capitalisation, invested £2bn in renewables in 2021 while BP is pledging to invest £2bn per year to 2030 (Greenbarrel, May 2022).

For all its green credentials SSE still produces more electricity from its six gas turbines and three oil/gas power plants than from its renewables: 14.3TWh versus 9.4TWh from renewables in FY2022 (in FY2021, 18TWh versus 10.2TWh). The electricity shortages over the last year helped nearly double the profit from the Thermal business. The same was not true for the wind farms, partly because the “exceptionally still and dry weather last summer” caused a decrease in output but also because some of the revenue is determined by CfDs, which are inflation indexed but otherwise fixed. Operating profit from renewables actually decreased in 2022 (from £732m in FY2021 to £568m in FY2022) not only for these reasons but also because, it is reported, the sale of part of Dogger Bank C did not bring in as much as expected.

These results highlight some of the risks that SSE faces. The Transmission and Distribution businesses have prices that are strongly controlled but indexed to inflation. The wind farms currently operating enjoy high support from ROCs and CfDs, but for newer projects coming on line the CfD price is substantially lower. Furthermore, on the CfD system the operator has to pay back any gain from selling above the CfD price[2]. Even so, CEO Alistair Phillips-Davies is convinced that he has an optimal blend of regulated and market-based income.

Apart from BP and Shell, SSE is the UK energy company that has made the largest move into renewables generation. Over five years its share price has matched or outperformed its competitors suggesting that Mr Phillips-Davies has been making the right decisions.

[1] It does still provide some retail services in the Republic of Ireland and Northern Ireland through its Irish subsidiary Airtricity.

[2] It is reported that when the offshore wind farm Triton Knoll was recently completed, it was deliberately not put on line because the high electricity prices meant that the operator RWE would have had to pay back the excess over its CfD price.