The British Energy Security Strategy issued by the government on 7 April set a new goal of 50GW of offshore wind, including 5GW of floating wind, by 2030. Many doubt whether this is feasible.

There is currently 11GW operational with a further 2GW expected to come on line in 2022 from the Hornsea 2 and Triton Knoll wind farms. There is a further 26GW for which seabed licences have been granted by the Crown Estate (for England and Wales) and by the Crown Estate Scotland. These are in various stages from planning to construction. In January and February 2022 both Crown Estates announced the successful winners of bids for 17 new areas to produce 25GW off Scotland and 6 new areas for 8GW off England and Wales.

If all this is built the UK will have a total offshore wind capacity of 72GW, well above the government’s target. But there are several caveats. The leases are given for ten years, after which they lapse if the holder does not show that it is sufficiently advanced in its project. The lessees have to pass various assessments of the offshore habitats and also obtain planning permission for the relevant onshore facilities. There may well be some drop-outs even though some leases cost as much as £231million. 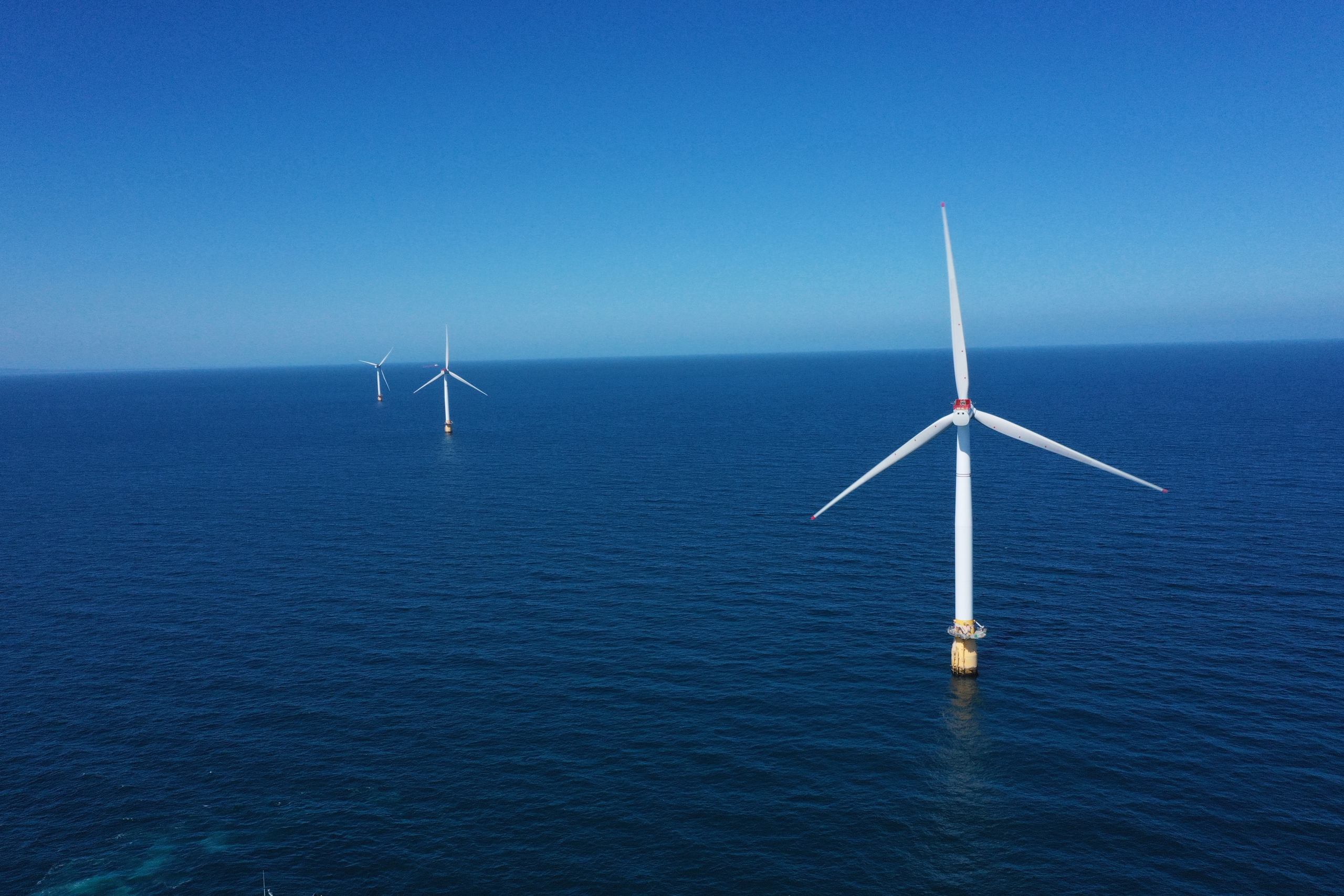 Furthermore, 15GW of Scotland’s additional capacity is specifically awarded for floating wind farms, where the technology is still being developed. Even the government only expects 5GW to be available by 2030. However, after discounting the remaining 10GW and allowing for twenty per cent of the recent awards to drop out there would still be 56GW available. Whether this would be actually operational in 2030 is very doubtful, as past projects have taken up to 13 years. Even if the government succeeds in shortening the time to get permits, the critical path is most likely to be the supply of turbines and blades, and the availability of specialised boats and people to do the installation. Possibly there will be enough projects sufficiently advanced in construction for the government of the day to claim success.

It is disturbing how few of these wind farms will be operated by UK companies and how little of the equipment is manufactured here. Currently of 41 offshore wind farms only 4 are operated by UK companies, led by SSE. The major operators are Denmark’s Orsted with 13, Germany’s RWE with 8, and Sweden’s Vattenfall with 5. For the new leases there are only three major UK investors – SSE, BP and Shell – and about 5 minor ones. Of course, most of the non-UK companies will run their operations through a UK base. It is also possible that much of the financing is provided or arranged by UK financial institutions.

Why is it that so few local energy or infrastructure companies have ventured into this business? The UK has always been a major player in oil and gas, not just through its two majors but also through a host of smaller companies that have explored around the world. During the last twenty years this investment has continued while other countries bordering the North Sea were starting to invest in offshore wind. The success of UK oil and gas companies has probably hindered the switch to renewables, not helped by organisations like Nigel Lawson’s Global Warming Policy Foundation that continue to argue that it is too expensive.

The situation is even worse with regard to the equipment. The major turbine manufacturers are Vesta (Denmark), Siemens-Gamesa(Germany-Spain), General Electric (USA) plus several Chinese companies. The UK does not have a major manufacturer of electrical equipment since the break-up of the General Electric Company (GEC) and Marconi in the early 2000’s. However, some blades are now manufactured locally and an increasing number of the specialised boats and people will come from UK ports.

Does all this matter? Foreign investment is to be welcomed, but for the sake of energy security it would be better to have more local ownership and manufacturing. Over the expected 20-year life of a wind farm it is estimated that nearly half of the cost is operation and maintenance, most of which will be done from the UK. Two bright spots have been the method of leasing through the Crown Estates and the guaranteed financial support through Contracts for Difference. If sometimes ponderous, these have undoubtedly encouraged the investment needed to reach 50GW. By 2030? Soon after, maybe.