Shareholders and other interested investors in Greencoat UK Wind, a leading renewable infrastructure fund, must by now have got used to the fact that each year around February, the company announces a very pleasant annual event. For seven consecutive years, since the company listed on London’s alternative investment market AIM, it has released a set of strong results.

Each year, it seems, the new results were stronger than those for the previous year. Last year the results for calendar 2018 were released on 28 February 2019. Pretty soon after the release my colleague Julian Singer reported and commented on what had happened and how successful the company had been in 2018.

I am now writing on Greencoat’s results for calendar 2019 that were released on 26 February 2020. In doing so I thought I would put Julian’s remarks on the relevant metrics in 2018 in brackets after the ones I found for 2019. This meant readers could see how the company’s business model has produced such consistently positive performances.

A two-year squizz at the company’s doings can hardly provide a conclusive answer to how the company has not suffered any damaging hiccups in its fortunes for the seven years. But perhaps a two-year scrutiny can show how Greencoat is definitely doing something right. Maybe, other companies in this parish can learn a thing or two from Greencoat. 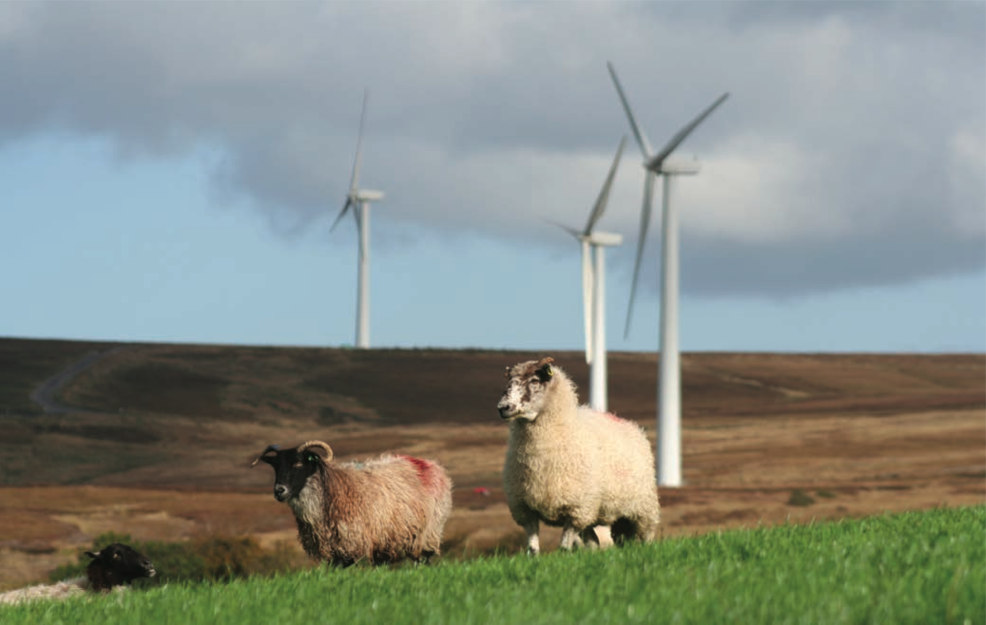 Greencoat invests solely in wind power and only in the UK

Unfortunately, my scheme got off to a poor start. In the results report for 2019, Tim Ingram the company’s CEO said: “2019 represented another significant year of growth for Greencoat UK Wind. During the 12 months we made nearly £600m of investments and raised £500m of new equity”. However, he did not give the comparative figure for 2018.

Never mind, I ploughed on and learned that during 2019 investments in Stronelairg, Dunmaglass and Tom nan Clach increased the portfolio to 35 operating wind farms. (In 2018 by acquiring 3 new wind farms and increasing its investment in the large Clyde project in South Lanarkshire the company owned, in part or entirely, 32 wind farms).

During 2019, portfolio generation was below budget at 2,385 giga watt hours (GWh) owing to low wind resource. Power prices were also below budget. Despite both these adverse aspects, net cash generated by the group and the Special Purpose Vehicles (SPVs) was £127.7m. SPVs are separate companies with which wind farms closely associate to reduce financial risk. The company generated just over 2,000 GWh of electricity in 2018, about 4 per cent of all UK wind production but 6 per cent below budget because of lower wind speeds. Nevertheless, the cash produced of £117.3 million was on budget and up from £80.1m in 2017.

Greencoat is a fund and says its investment objective has remained unchanged over the last seven years since listing. Its aim is to provide investors with an annual dividend that increases in line with RPI inflation while preserving the capital value of its investment portfolio in real terms.

With a robust income, low gearing and no debt at the wind farm level. Greencoat can and has met these twin goals of an increased dividend and maintaining capital value. The total dividend for 2019 is put at £100.4m or 7.1p a share (For 2018 the total dividend was £94m or 6.76 p per share, up from 6.49 in 2017.) This was achieved through a focused strategy of investing only in wind farms and only in the UK,

Much of Greencoat’s success can be attributed to the renewable obligation certificates (ROC) which is effectively a subsidy that come with most existing wind farms and provides a guaranteed source of income. The company says that the majority of its investments will continue to be in the £50 billion pool of existing UK wind farms that qualify for ROCs, most of which continue until the 2030’s.

However, it is also, finally, starting to invest in newer wind farms with two projects in process. The 39MW Tom-nan-Clach wind farm is under the Contract for Difference scheme for 15 years, which is less generous than the ROCs, while the 45MW Douglas West wind farm, due to be completed in 2021, is without subsidy. Interestingly, the company expects that the return from the latter will be higher because of the higher risk of depending purely on electricity prices. Presumably, the purchase cost per unit power is lower.

Greencoat has consistently in its annual reports analysed the risks to its investments. The main concerns are the uncertainties in electricity prices, government regulation and wind resource, none of which are considered to be major. However, as we have pointed out, there is not a single mention of the effect of intermittency on pricing, nor of the risk of public resistance to an ever-increasing number of wind farms.

The danger for Greencoat is that as wind provides an increasing proportion of the UK’s power the value of intermittent electricity drops below that of a constant supply, such as from nuclear, or from a flexible supply, such as gas turbines. Other renewable funds, such as The Renewable Infrastructure Group, have recognised this and started investing in a small way in storage.