Does hazardous waste disqualify nuclear energy from our low-carbon-energy future?

Nuclear fission is a controversial player in the push for low-carbon energy. It has historically been the largest contributor of such generation and is still a key factor: in 2018, nuclear power generated 28 per cent of global low-carbon energy, the second-highest source behind hydropower. 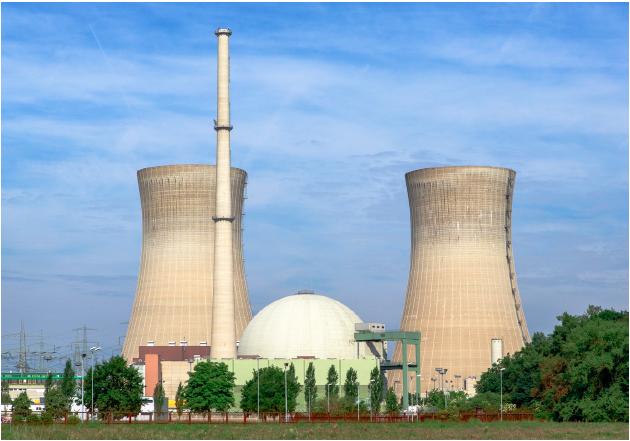 Despite the large upfront investment required, extending the life of old reactors produces power that is price competitive with solar or wind energy. Unlike most renewables, it is also a stable power source and can be controlled relatively easily to meet fluctuations in demand. It is often considered a good stand-in as a low-carbon base supply until renewable energy can be made more reliable.

Nuclear fission is far from perfect, however. It is generally mistrusted by the public, is complex to build – often falling behind schedule or coming in over budget – and can be vulnerable to terror attacks. However, the most environmentally impactful issue, and a major reason why environmental movements such as Greenpeace oppose nuclear fission, is what to do with the hazardous waste.

Radiation is emitted when a radioactive atom decays and is measured by counting the number of decay events per second. Such atoms are present everywhere in small quantities, producing a harmless level of “background radiation”. Higher, harmful levels of radiation occur either with a higher concentration of radioactive atoms, or when atoms decay more quickly. The rate at which a radioactive material decays varies significantly: it takes 700 million years for half of the atoms in a sample of uranium-235, the kind used in nuclear reactors, to decay. The same effect only takes 87.7 years for one kind of plutonium (Pu-238).

There are five levels of radioactive waste, categorised by its level of radioactivity: exempt, very low-level, low-level, intermediate-level, and high-level. The first two are no more radioactive than background radiation, and so can be safely disposed of in domestic refuse. They consist mostly of demolished material from building works on nuclear sites, or other industrial processes, such as steel-making, that use small amounts of slightly radioactive minerals.

Low-level waste comprises around 90 per cent of the total volume of all nuclear waste, but only contributes 1 per cent of the total radioactivity. Generated by hospitals and industry, it mostly comprises items that have come into contact with mildly radioactive material. The waste is incinerated or compacted before being encapsulated in cement-filled steel drums and kept in facilities like the Low-Level Waste Repository in Drigg, Cumbria. Crucially, low-level waste consists of short-lived radioactive material, and so doesn’t require shielded, long-term storage solutions.

Intermediate-level and high-level waste requires far more careful disposal. The former comes from some radioactive industrial processes, but mostly from nuclear power stations: irradiated coolant, cladding, and material contaminated during decommissioning. The latter are either spent fuel, which is still radioactive but not enough to efficiently generate electricity, or by-products from reprocessing the spent fuel. The UK Committee on Radioactive Waste Management projects that by 2120 approximately 478,000 cubic metres of this waste will exist in the UK. This total is less than 0.4 per cent of the domestic waste output each year in the UK.

Currently, there are no methods to substantially speed up the process of radioactive decay, so hazardous nuclear material needs to be isolated from the biosphere until it has decayed to the level of background radiation. This would take approximately 100,000 years, with worldwide consensus being that deep geologic disposal is the best method of isolation.

There are three tiers of protection, usually referred to as the multi-barrier system. The primary tier is the form of the waste itself, be it immobilised in some inert matrix, such as borosilicate glass, or simply the whole spent-fuel rods. These absorb the radiation damage without disintegrating over time, as well as avoid leaching of radioactive atoms should there be any contact with water.

The secondary tier protects the radioactive material, providing a physical barrier that allows it to be transported safely to the site in multi-layer canisters. The canisters are placed several hundred metres underground and immersed in a buffer material before the tunnels are backfilled and sealed to prevent water penetration.

The tertiary tier is the natural geological barrier in which the facility is constructed. This needs to be free from seismic activity and have minimal water flow-through to stop the waste leaking into the groundwater supply.

The ONKALO repository in Olkiluoto, Finland is the only such facility that has begun depositing nuclear waste, having started construction in 2004. It can store around 6000 tons of spent nuclear fuel, similar to the UK’s storage requirements. It will operate for around 100 years before being permanently sealed, with a total projected cost of 3.5 billion euros for the entire operation. 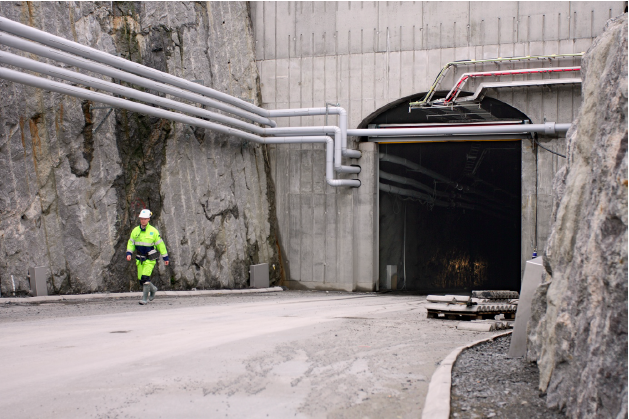 Two more sites in Europe are expected to start construction around 2025, in France and Sweden. The USA abandoned its plans for a repository in the Yucca mountains due to political outcry, although the geological suitability of that site was also questionable due to seismic activity in the area.

The UK is yet to identify a site for its own deep geologic disposal facility, with the waste currently sitting in actively cooled steel canisters submerged in water. These facilities require constant maintenance to avoid leakage and are not able to store the waste in the long term.

Thorium reactors are an interesting alternative for the future of nuclear fission, with India leading the way in their research and development. Thorium is a radioactive element similar to uranium but has myriad advantages. It could produce a hundred times less waste, it is safer to mine, and can be used in meltdown-proof reactor designs. Another plus is that it is also very difficult to make practical nuclear weaponry from its by-products. There are still several technical issues to overcome before thorium reactors could become competitive with standard uranium reactors, such as avoiding certain radioactive decay processes that produce extremely dangerous and difficult-to-handle materials.

The biggest problem is the sheer amount of safety testing that would need to occur before thorium reactors could even begin to be put into commercial use. This would greatly increase the upfront investment required for such a reactor, and ultimately make the electricity it produces more expensive. In a market that is already reluctant to fund new nuclear projects, it seems unlikely that such investment could materialise without substantial government intervention. The time such tests would take also eliminates thorium reactors as a candidate for stand-in technologies until clean, renewable energy can be fully implemented.

The nuclear waste that already exists will inevitably require long-term storage of some kind, but the debate is now turning to the question of producing more. Are the benefits of nuclear fission worth the headache of storing its waste products? Or can cleaner renewable options reliably supply our electricity demands? Nuclear fission is the most reliable way of producing low-carbon electricity. However, the hazardous waste it produces is a serious problem, with a clear but challenging and expensive solution. The immediate future of nuclear fission is up in the air, as policy makers look to implement reliable, low-carbon energy as quickly as possible. But with no UK deep geologic disposal facility in the near future, it seems that nuclear is not a viable way forward.