Redflow, the Australian manufacturer of zinc-bromide flow batteries, announced its results for the half year to 31 December 2019 on 27 February.  Revenue from sales increased dramatically to A$1,436,000 for the half-year, up from A$800,072 for the full financial year ending mid 2019. However the latter results were expected to be poor as the company moved its manufacturing facility from Mexico to Thailand during the year. A fairer comparison may be to the full year ending mid 2018 in which revenue from sales was A$1,728,061.

The vast majority of sales are for telecom towers in South Africa, Asia and the Pacific area where there is either no local grid or an unreliable one. Traditionally such towers have been powered by diesel generators but these not only need regular re-fuelling and maintenance but are also susceptible to theft. Redflow presents the combination of solar panels and flow batteries as a more convenient and cheaper alternative in these countries where there is usually plenty of sun. However, although the batteries themselves may not have much resale value for potential thieves, the solar panels certainly do.

The market is large, with over 4 million telecom towers worldwide of which Redflow claims over 1 million are off grid or with unreliable grid. For example Vodafone, in its annual sustainability report for 2019, states that it has 164,000 such towers and that they consumed 3684 GWh of electricity in 2019 (for reference this corresponds to one per cent of UK consumption). Five per cent of Vodafone’s consumption is off grid, mostly from towers. 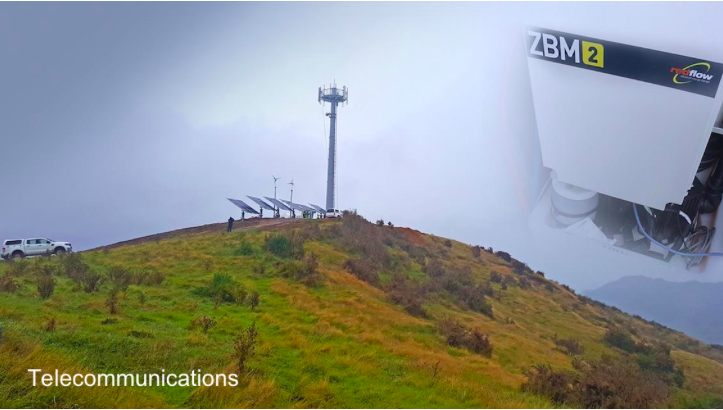 There are several reasons to expect the market for batteries to continue growing. More towers will be needed as more people and more devices become connected. 5G requires extra power. Reliable grids will expand, but probably not at a rate that reduces the need for batteries. In addition, large operators are moving to increase their use of renewable energy. Vodafone’s goal is to purchase 100 per cent of its electricity from renewable sources by 2025, up from 15 per cent today. Much of this will be from a grid but clearly all off grid towers will need to use renewables.

Interestingly, Vodafone thinks that diesel generators will still be needed as back-up when bad weather over several days limits generation from the solar panels. Presumably the cost of increasing the battery size to cover these events is not justified.

Such a market attracts competition from lithium-ion and other flow batteries. However Redflow claims advantages in that its batteries can be discharged more deeply than lithium-ion, have a longer lifetime and can better tolerate high ambient temperatures (they only need some ventilation).

Market conditions may be good but will Redflow be able to make a profit? In spite of much higher sales in the recent half year, the company recorded a loss of A$3.9m, down from the loss of $11.6m for the full year ending mid 2019 but still high. This is in spite of receiving R&D tax rebates from the Australian government that are worth about A$2m each year.

The recent half-year loss is nearly three times revenue from sales, mainly because the cost of raw materials and consumables at A$2.1m is itself nearly twice the sales revenue. Redflow is clearly selling at a loss, probably because of strong competition in the telecom tower market. The company must hope that once established it can broaden into other markets and increase the price of its product substantially.