The current state of nuclear dreams

Where will the new nuclear power come from? Sizewell B has a capacity of 1.2GW, but to reach the capacity needed will require a further 8 to 10GW.  Hinkley Point C, which is now expected to be commissioned in 2027, will provide some of this with its capacity of 3.26GW from two identical reactors at an expected cost of £25 billion. The proposed Sizewell C has the same basic pressurised water design as Hinkley Point C, so will also have a capacity of 3.26GW if built.  With no other large nuclear power currently under consideration it is assumed that the remainder will come from  Small Modular Reactors, principally Rolls Royce’s. 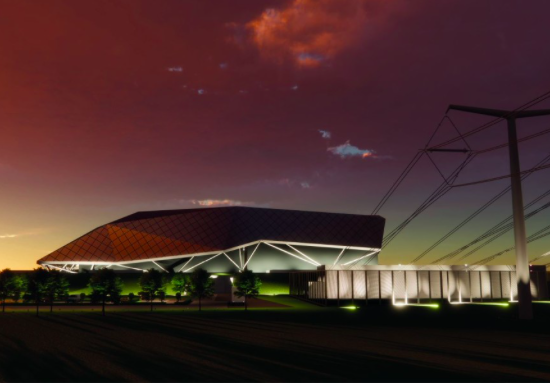 An artist’s view of a future small modular reactor (www.rolls-royce-smr.com)

Before discussing these new plants in more detail it is worth considering their capacity factors (the proportion of the capacity that a power generator actually produces after allowing for breakdowns, maintenance and intermittence). Life-time production figures for Sizewell B show a capacity factor of 83 per cent, compared with 40 per cent for offshore wind. Nuclear is clearly better but it is not “always on” as is commonly assumed. The difference is that the off time is maintenance, which can be planned for. However as France (who have a large number of old nuclear plants due for maintenance) is finding, there is never a good time to shut down a plant.

Sizewell C is currently the only new large nuclear power station being considered after Hitachi withdrew from the Wylfa Newydd project in 2020[1]. In July this year Sizewell C received planning permission and a Development Consent Order from the Secretary of State. The Office for Nuclear Regulation (ONR) expects to grant a nuclear site licence in 2022/23. The main stumbling block is the finance. The owner, NNB GenCo, is a consortium with EDF Energy (80%) and China General Nuclear Power Group (20%). With CGN considering backing out of the project (plus the government’s desire to reduce China’s influence) and EDF unwilling to take the full investment risk, it was announced in March 2022 that EDF and the government would invest 20 per cent each of the expected cost of £20 billion. The remainder will be raised from private investors.

Under current plans (which may or may not survive the upcoming budget) the government is expected to put in nearly half of its share directly with the remainder coming from a surcharge of a few pounds on consumer bills. This so-called Regulated Asset Base model means that less has to be raised privately, thereby reducing interest costs and removing the need to guarantee a high minimum electricity price, such as for Hinckley Point C.

Rolls Royce’s Small Modular Reactors will also be pressurised water reactors with a capacity of 0.47GW. They are not exactly small (they are sometimes classed as medium), but they will be modular in the sense that they will be built from modules constructed on a production line in factories, rather than one-off construction on site as with large nuclear plants. This should reduce the cost significantly, while finance should be easier to find for smaller sites.

The project has been spun off into a separate business (Rolls Royce SMR) with investors including Constellation, a major US producer of nuclear and renewable energy, Qatar Investment Authority and the government through Innovate UK. The ONR has started work on a generic design approval. Step 1 was completed in April this year, with step 2 completion expected in Q3 2024.  The end result is a Design Acceptance Certificate, but this does not guarantee approval for a particular site. According to Anita Frew, chair of Rolls Royce Ltd, electricity production is expected to start “…around the turn of the next decade”. In the meantime the main current activity is the identification of sites for the future factory or factories.

The UK goal of 8 to 10GW of new nuclear capacity can thus be reached with Hinkley Point C, Sizewell C and between three and seven of RollsRoyce’s SMRs. Those are far from a production line numbers, but of course the company hopes that its reactors can take market share locally from wind/solar plus storage and that they will also become a major export. This will depend a lot on the price, but the expected long lifetime of 60 years will also help.

The main risk for all nuclear projects is undoubtedly the public attitude to nuclear energy. Small plants will reduce potential damage from an accident, but the increased number of sites increase the security risk. For both big and small plants one accident will put a sharp brake on nuclear dreams.

[1] This may still be resuscitated, but with Westinghouse and Bechtel taking the lead. Other projects might appear if the model for Sizewell C proves successful