Why on earth are we contemplating a third runway at Heathrow to cope with a projected expansion of air travel when at the same time the new Conservative Government is committed to reducing CO2 emissions and making the UK carbon-neutral by 2050? Decarbonising transport in general and air travel in particular is one of the key priorities if we are to come near to holding the increase in the world’s average temperature to 1.5 degrees Celsius.

And that is a big “If”. The latest UN Climate Conference which ended last weekend in Madrid failed to reach agreement on how to create a global carbon trading market, which was the only remaining unfinished part of the rule book for the Paris Pact of 2015. Existing pledges would result in an increase in temperature of over 3 degrees Celsius by the turn of the century, or double the target set by the Paris meeting. As UN Secretary General, Antonio Guterres, has said “There is a disconnect between what is happening on the ground” and the growing sense of public urgency. 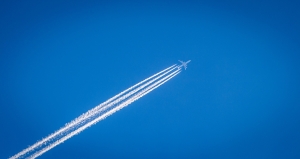 Image by Free-Photos from Pixabay

Not that there are no ideas around for dealing with air travel. One is finance, or rather taxation: in the recent UK election, the Liberal Democrat Manifesto stated that a Lib Dem majority Government “would reduce the climate impact of flying by reforming the taxation of international flights to focus on those who fly the most, while reducing costs for those who take one or two international return flights a year”

Interestingly, and according to the BBC, statistics suggest a frequent flyer levy might be justified and could work. More than half of those surveyed by the Department for Transport in 2014 said they had not taken any flights in the previous 12 months. The Lib Dems’ policy becomes less radical when you consider that people only taking one or two return flights a year might pay less tax. Unsurprisingly airline bosses are against a rise, noting that the UK already has one of the highest rates of Airport Passenger Duty in the world, but ultimately any additional cost could be passed on to passengers. Then the question is whether their regular customers are prepared to pay more. With aviation’s impact on the climate in sharp focus, the BBC thinks some sort of tax reform could be inevitable.

A second possible avenue for action on air-travel is “shame”. Allegedly there is already action on this front in Holland, where KLM is promoting the carbon emission advantages of the train for short distances within the country. (“Shame” is also likely to be at the back of the recently announced Easyjet scheme to off-set carbon emissions – see Greenbarrel of 10 December)

There is little doubt that the “average” flyer is beginning to feel that something needs to be done to rein in the adverse consequences of the frequent use of planes, which is reassuringly “other”. What this means for increased video-conferencing and other technology remains to be worked out. But let us see if these ideas about aircraft emissions “fly”.