Will 2020 more see more investment in small cap listed renewable energy and clean companies or not? 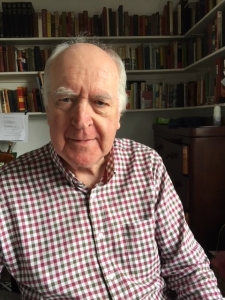 After a more protracted Christmas break than we originally anticipated Greenbarrel has resumed publishing in the 2020 New Year – a year which we hope will be more propitious for the companies we write about than has hitherto been the case.

When we started Greenbarrel.Com some two and a half years ago we said: “The prime aim of Greenbarrel is to encourage and facilitate more informed investment in mostly quoted companies specialising in all aspects of renewable energy and clean technology.” At that stage there were over 50 companies quoted on London’s Alternative Investment Market (AIM), but they were not listed in a single sector. Nor is it always easy to access or elicit information on individual companies. Greenbarrel’s aim has been to fill the information gap.

By the end of 2019 there were just over 40 renewable or clean tech companies listed on the London Stock Exchange (LSE). A few of the groups had successfully got into profits and were taken over by larger companies. Quite a few more, though, struggled to get into the black and lost their listings for a time. My take on why these companies did not flourish, was that just two years ago fossil fuels seemed cheap and abundant and did not pose a threat to the planet through emissions; and there was no need to replace oil coal and gas with renewable energy systems.

Today, when climate change seems to be just about everybody’s preoccupation it is a bit baffling to wonder why there was a distinct lack of enthusiasm to invest in renewable energy companies and, particularly in their technologies, in recent years. But this is what has been taking place.

What often happened is that a small, private company often based in a science park or University research department would come up with a good idea like getting a combined heat and power boiler to work, or building the kind of fuel cell  that would power a hydrogen car or develop a completely compostable coffee cup and pod.

The company would then get a listing on the stock exchange and raise funds, say something like £12million. Instead, of being able to bring in a revenue stream immediately as in opening a new restaurant say, the company would find itself spending all its cash on proving up its technology or overcoming regulatory hurdles, The company would thus remain in the red unless it received government subsidies. It didn’t help matters that important subsidies like the Feed-in Tariff (FiT) were phased out for many home-owners and small companies in March 2019. The company would then find it difficult to go back to the market and raise more money.

Many investors in what might seem high risk stocks, like renewable energy companies, can be interested in returns in the short term and adopt a once bitten twice shy approach and don’t invest again. Does all this mean that renewables will take longer to replace fossil fuels than people hope and the battle against climate change would be slowed down? Well yes, partly.

Bob Dudley, the outgoing Chief Executive Officer (CEO) after nearly 10 years at the helm of the oil giant BP, seems to think so. In a farewell speech Dudley accused campaigners and politicians of oversimplifying the climate change crisis, arguing that natural gas should be a bridge between fossil fuels and renewables. He said: “It was hard to find people who understood the complexity of the energy system”, and warned the world would, “not even come close, to replacing fossil fuels with renewables in the next two decades”.

He added: “There will be 2 billion more people, roughly, on the planet by 2040 which is like saying you need another China and US in terms of scale. Today, renewables are 4 per cent of primary demand around the world. People have simplified this complex thing far too much. Lots of people think, ‘stop using fossil fuels and put renewables everywhere’. It is just not that simple”.

Dudley is entitled to his opinion, as an oil man, but perhaps he is simplifying too much. The missing link in increasing the use of renewables is storage. And, here because of the greater urgency surrounding climate change, great strides are being made in battery technology and storage. Despite what I have just written, there has been an increase in investment in some areas, if not the companies we write about, it seems. Much of it has gone into large private ompanies, so you do not get to hear about it in the media.

A recent article in the Financial Times entitled ‘Green bonds are red hot’ it said: “In 2019 issuance smashed through analysts’ projections and is set to continue expanding this year, as  sustainability minded investors snap up every deal that hits the market. Through the end of September 2019 US$189bn in green bonds had come to market outstripping 2018’s total of $171bn”

The article added: “Credit-rating agency Moody’s had predicted a record -breaking total for 2019 and revised its total from $200bn to $250bn.

There are also equity investing world-wide funds, such as Stewart Investors Worldwide Sustainability. They have beaten the MSCI AC World Index and the 1A Global sector average over one and five years.

The popular LSE quoted Impax Environmental Markets (IEM) aims to tap into the growth of the more efficient delivery of services such as energy, water and waste. It mainly invests in quoted companies that, that provide, use or advise on technology, products and services in areas such as alternative energy, water treatment, pollution control, waste technology and resource management.

We at Greenbarrel hope some of the investment will find its way into the small cap, young renewable energy and clean tech groups working at the frontiers of technological innovation   in 2020.