The Chinese market for motor vehicles is by far the largest market in the world. So what happens to car sales in China really matters. A cold there means pneumonia elsewhere. Recently the Chinese economy as a whole has been stagnating, for a combination of strategic reasons and as a result the overall Chinese car market has been in decline for 14 consecutive months. By contrast, the sales of New Electric Vehicles (NEVs) continued to grow very substantially. Or at least they did until June 2019. Then the Chinese Government reduced the subsidies available for NEVs.

From now on, NEVs with a range of below 250 km (up from 150 km last year) do not qualify for any subsidies while those with a longer range have subsidies cut by around 50 per cent. At the same time, direct local subsidies from provinces and cities have been replaced by support for new infrastructure investments. The new rules became fully effective in July; following a 3 month transition period with partial subsidy cuts.

Subsidy changes in China are not new: in January 2017, there was a precipitous decline in the sales of NEVs as people waited for the Government to announce its future subsidy policy and on several occasions the Government has tried to push the EV and battery industry towards a longer range and more advanced battery technology. The new regime goes further, trying to consolidate the electric car industry into fewer, more competitive players on the grounds that they won’t need so much support. 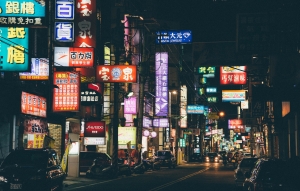 By tookapic from Pixabay

By contrast, but faced with the same geo-political situation, the German Government and the biggest car industry in Europe recently agreed to increase joint subsidies for the purchase of electric cars. Under the agreement, consumer subsidies for electric cars costing less than €40,000 will increase to €6,000 from €4,000. For electric cars over €40,000, but under €60,000, there will be a 25 per cent subsidy increase. (no subsidy is envisaged for any car costing over €60,000).Industry and Government will split the cost of the subsidies evenly. Subsidies are also to be extended from the end of 2020 to the end of 2025.

In addition to the direct subsidy issue, there was also discussion of improvements to the infrastructure needed for electric cars to become a motoring reality. Apparently, the Government envisages investing €3.5 billion to expand the network of electric charging stations. The target is for 50,000 publicly accessible charging stations nationwide by 2022, compared to 21,000 today. (The admittedly ambitious figure for 2030 is said to be 1 million charging stations.)

Interestingly, this agreement was reached on the evening of the day when Volkswagen began  mass production of a new all-electric vehicle, the ID3. The company plans to eventually build up to 330,000 electric cars a year. (In 2018 sales in Germany of fully electric cars, at 36,062 rose by 43.9 per cent to constitute over 1 per cent of the auto market: hybrids, at 130,258 had a market share of 3.8 per cent and rose by 53.8 per cent)

The percentage increase is rather more impressive than the absolute figures: but  how does that compare with the market leader? Forget Tesla and the States: China buys far more EVs than any other nation. The best estimates for sales in China for 2019 suggest total sales of 25.6 million vehicles, of which around 1.5/1.6 million would be NEVs, giving them a market share of 6.0 per cent. What is significant is that the figure of 1.5/1.6 million would be a major increase over of 1.25 million electric cars sold in 2018. Size may matter more than subsidies.