Climate ‘is the election priority’ for the UK 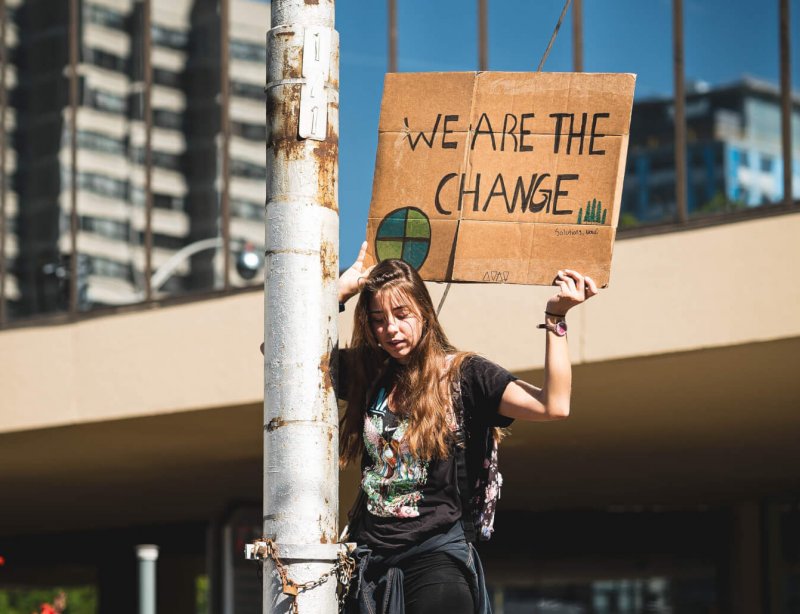 Extinction Rebellion makes its point, for the climate and the planet. Image: By Lewis Parsons on Unsplash

Britain’s general election campaign is squarely focused on the UK leaving the EU. But persuasive voices say the climate “is the election priority”.

The real issue facing the United Kingdom in next month’s general election is not whether to choose Brexit, to stay in the European Union or leave it, a prominent lawyer says, because the climate “is the election priority” for the UK.

With Britain due to host the November 2020 United Nations climate talks, she told a London conference, it is vital that the new government elected on 12 December takes the lead by enacting policies to tackle the climate emergency.

Farhana Yamin, an international climate change lawyer, said that currently the world was failing to tackle the climate and ecological disaster facing the planet. The UK posed as a climate leader but was “way, way behind” what was needed and did not have the policies in place to reach its own target of net zero emissions by 2050.

“Nothing less than a green industrial revolution is required to turn the situation around. A war-like mobilisation of society to stop nature being destroyed needs to be in place by next year when the climate talks are being held in Glasgow”, she said. British voters had an opportunity to choose a government that could lead the world by example.

“The fact is we already know that normal life is going to be disrupted. Change is coming, whether you like it or not. The electorate has a chance to shape that change.

“This is going to be a climate and ecological election. The future will be very different depending on the decisions taken in the next five years – and it depends on which direction the new government wants to take,” she said.

This was because it was already clear that the commitments made in Paris in 2015 to cut greenhouse gas emissions were nowhere near enough to hold global temperature rise to safe levels. The whole pack of nations was failing, and needed to make new commitments at the Glasgow talks a year from now.

Yamin, from Pakistan, lives in Britain and is an advocate and adviser to the Marshall Islands. She has represented many members of the Alliance of Small Island States (AOSIS) which are most threatened by climate change, particularly sea level rise.

Talking to an audience of senior business executives and heads of environmental groups at the conference of the Fit for the Future network, she said the horrors of climate change were already apparent.

The 20 million people in Delhi suffering from toxic air pollution, and those in the Marshall Islands which she champions who are facing inundation by the sea, were just two examples of the problem, and 2020 was a crucial year to try to turn the problem round.

“We already know that normal life is going to be disrupted. Change is coming, whether you like it or not. The electorate has a chance to shape that change”

Yamin told the Climate News Network she feared that in the UK election Brexit would crowd out the much more important issue of climate change. This was not to suggest how people should vote, but she asked people to cast aside other considerations and look at the parties’ climate policies.

“Whatever government is elected now will take decisions that will have a fundamental effect on the future of the planet. Take the right decisions in this four-year term of office, and there is still a chance of turning things around,” she said.

The co-leader of the UK Green Party, Sian Berry, said at the launch of the Greens’ campaign yesterday: “Some things are even bigger than Brexit. This must be the climate election.”

Yamin took part in London’s Extinction Rebellion protests and is one of the 1,300 people arrested there: she superglued herself to the entrance of the Shell oil giant’s London HQ. That had been necessary to raise public awareness of the problem, she said.

“For me it is the most historic and meaningful election I can remember. The environmental movement is all about social justice, so people now have the opportunity to vote to live and work in an equal society,” she said. − Climate News Network