Most motorists have heard of biofuels but not many know much more about them. But as we progress towards an electric-powered future, biofuels should become an important medium term fuel for motor vehicles because of the environmental advantage they will provide, at least until 2040. That is the year, when the UK Government will ban the sale of all new petrol or diesel –powered cars

Biofuels, as their name might suggest, are fuels produced from renewable organic materials. In recent years they have played a growing role in transportation, providing motorists with an alternative to exclusive reliance on non-renewable crude-oil derived fuels like petrol and diesel.

There are two main types of biofuels, with rather different characteristics: bioethanol and biodiesel. Bioethanol is an alcohol made from corn and sugarcane (the US and Brazil together account for some eighty-five per cent of world production) and it can be almost a substitute for fossil fuels in eg Brazil where cars can and do run on it as a substitute for petrol. By contrast, when it is added to fuel for cars in Europe, this is on a much lower basis, which means that no special adjustment is needed: equally, biodiesel, made using vegetable oils and animal fats, only replaces a small percentage of traditional diesel. Once again, no major adjustment to the average car’s settings should be needed. 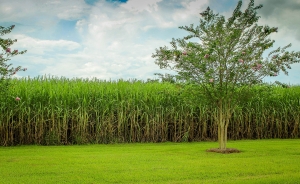 Image by JamesDeMers from Pixabay

In 2018 the Department for Transport launched a consultation on a proposal to increase by 2020 the percentage of biofuels in unleaded petrol right across the country. Already widely available in Continental Europe, E10 fuel, as it is known, increases the percentage of bioethanol in unleaded petrol from 5 per cent to 10 per cent. It has been suggested that a nationwide adoption of E10 across the UK would cut emissions from petrol vehicle by around 6 per cent.

The mechanism used is the Renewable Transport Fuel Obligation (RTFO), which was created inter aliato support the government’s aim to reduce greenhouse gas emissions from vehicles, by encouraging biofuels that don’t harm the environment. Suppliers of fossil and biofuel who supply at least 450,000 litres of fuel a year must sign up to the RTFO. Under this agreement, suppliers of fuel for use in the UK by transport and non-road mobile machinery (NRMM) must be able to show that a percentage of the fuel they supply comes from renewable and sustainable sources.

One of these sources is Biodiesel, which is produced in a number of different ways. One of the most visible is the collection of used cooking fat by local companies; the raw material is then conveyed to a central point for distillation into biodiesel. Interestingly, cooking oil is the most widely reported source for biodiesel in the UK (142 million litres, 8 per cent of total fuel, 16 per cent of biodiesel fuel).

Bioethanol is classed as carbon-neutral, as any carbon dioxide released during production is removed from the atmosphere by the crops themselves. Biodiesel recycles otherwise unusable waste products, such as animal fats and cooking oil. Thus when used, biofuels produce significantly fewer pollutant emissions and toxins than fossil fuels. However, it is important to note that the scale of these environmental benefits is dependent on how specific biofuels are actually produced and used.