Biomass and its problems

In view of all the attention it has received, it is perhaps somewhat surprising to state that energy is not the only component of the climate agenda. Certainly it is the most structured, for no other sector has anything like the IEA Road Map as an accepted basis for further work. Biomass is another crucially important subject in terms of the overall climate debate, yet apparently still without a generally agreed figure for the quantity of biomass available globally for the future.

Biomass is normally broken down into at least several sectors – forestry; non-food agriculture; food agriculture; but to these could easily be added biodiversity; biofuel; bioenergy; biowastes; then there is the whole question of carbon retention by growing trees; residues from oil-crops and elsewhere; agricultural prunings; straw etc etc. It is a measure of the difficulties facing those grappling with the problems of the sector that when Dr Calliope Panoutsou (Imperial College) recently spoke at the Oxford Energy series, she spoke to the more modest objective of estimating the quantity of sustainable biomass likely to be available in Europe between 2030 and 2050. 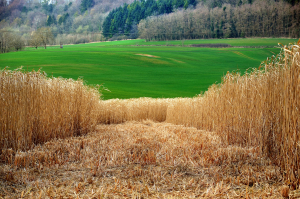 For sustainable biomass supply has been highly debated both at the scientific and at the political levels. For while there is no doubt that biomass value chains can deliver renewable raw material, boost economic growth and rural development and increase farm income, there are concerns, to put it mildly, about the risks that unsustainable practices for biomass can pose.  For example, it is important that no action is taken which damages high nature value sites, or the maintenance and improvement of soil carbon, or biodiversity.

Despite the impressive potential of wind and solar, it is biomass, which will provide grid balancing services, and help sectors difficult to be decarbonized through electricity, e.g. aviation, heavy duty and maritime transport, and high-temperature industrial processes. That is not to deny that electricity is of increasing importance, but there will be a complementary role for bioenergy and electricity until 2050 at least. Locally produced biofuels and bioenergy can support the local economy, create domestic jobs, enhance energy import independence, improve systemic resilience, and act against external fluctuations in energy prices and fuel supply.

Biomass studies can increase farming yields with the use of varieties that are better adapted to local ecosystems, with the introduction of crop rotation, with the use of cover crops which will help to prevent soil erosion in sensitive areas and at the same time increase crop production, etc. It can also facilitate carbon farming practices, including conservation tillage, intercropping, cover cropping, as well as rotational cropping that increases soil carbon and agroforestry which stores carbon in vegetation. In addition, biomass studies can enable crop cultivation in land that is abandoned and/or remains underutilised or unused because it is marginal (economically).

None of this is easy to quantify.  Among the many problems to be confronted are those of varying timescales in different elements. In agriculture, a crop change can be envisaged next year, but in forestry a major change in methods could take twenty years. Perhaps even more important are the different agricultural, environmental, lifestyle and financial priorities, which exist at the same time. These reflect a lack of consensus over the relevant facts and the correct priorities to be accorded to them.The unfortunate result is that there is a certain lack of crucial overall data and a question of compatibility in the data which does exist.