If you can’t produce it, why not import it? Such is the idea behind Atlantic Superconnection, the company that proposes to import electricity from power plants in Iceland that use renewable energy.

Iceland produces nearly all its electricity from low carbon sources, about three quarters hydro-electric schemes and one quarter geothermal (hot water or steam from springs or wells that drive a conventional steam turbine). These resources are abundant, and have been exploited for many years by power-hungry industries such as aluminium smelting. However there is still plenty remaining. For example Renewable Energy UK estimates that only a quarter of the known, economically feasible geothermal fields in the country have been exploited.

Atlantic Superconnection has been working since 2012 on the feasibility of this project. Its current proposal is to run a high voltage direct current (HVDC) cable capable of carrying up to 1GW of power from Iceland to North-East England, a distance of 1500 km. This would provide some 4 per cent of UK needs at a strike price estimated as £65 per MWh, competitive with wind and less than nuclear although it is not clear how regular or intermittent the power would be.  The cable is not being run to nearer landfalls in Scotland or North-West England because, in the first case, of grid limitations and in the second because of worse sea bed conditions.  A purpose-built manufacturing facility located in the North-East that would create 500 jobs has been under study since 2016. 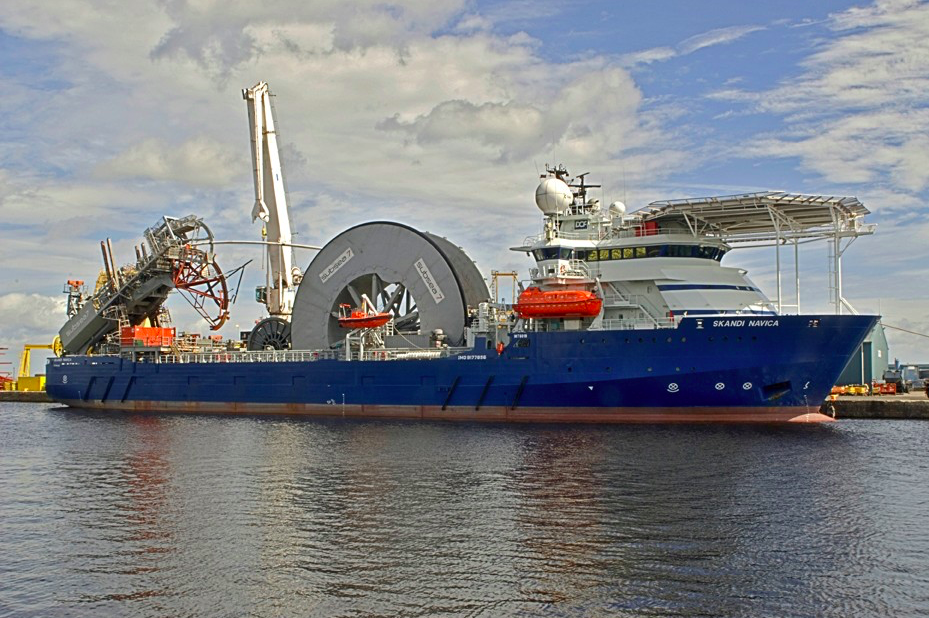 Over such a long distance the key technical challenge is to minimise the power loss in the cable. This is achieved by using the highest possible voltage and by using direct rather than alternating current. For the same power output, the higher the voltage the less current flows. The lower the current the lower the power that is lost in heat from the resistance of the cable. For this reason long distance transmission lines use high voltages.

The argument over direct versus alternating current goes back to the earliest days of electrical transmission in the 1880’s. At that time AC won because it was easier and cheaper to change the voltage level through a transformer. This remains true today, but now DC transformation and conversion to AC is more economic for high power lines when all factors are taken into account.

This is because AC has some disadvantages. At high power there are additional so-called dielectric losses similar to those put to use in a microwave oven.  As a result a DC line can be run at about twice as high a voltage as an AC line, or typically up to 1600 kilo-volts.

Also, to reduce losses the cable’s electrical resistance must be as low as possible. This can be done by increasing the cable’s thickness, but AC current tends to run nearer the surface. Once the cable is thicker than about one inch the AC current is no longer taking advantage of the thickness, so the resistance and losses are higher.

Finally – and conclusively for an underwater line – the performance of an AC line is strongly affected by the medium surrounding the line while a DC line is not. For this reason DC lines have always been used for underground and underwater cables, while they are being increasingly introduced for high power cables above ground,. Atlantic Superconnection claims that the loss in their cable will be only 5 per cent.

Atlantic Superconnection was founded by Edi Truell, a financier known for the formation of Duke Street Capital in the 1990’s and his involvement with pension funds. His company Disruptive Capital Finance will lead the funding, which is expected to be a few billion pounds and to come from private institutional investors. But before this can be raised, he needs government support in form of a Contract for Difference or something similar.  Mr Truell and his team have been seeking such support since 2016 but so far the government has apparently shown little interest.