In June 2018 BP announced that it was purchasing Chargemaster, the UK’s largest electric vehicle charging company, for £130 million. That seemed quite a lot to pay for a company with an annual turnover of £12 million and a gross profit of less than £4 million, though BP is not short of money. The company may well have decided that it was worth paying this price to acquire knowledge of a rather different industry.

The logic is somewhat complicated. The electric car purists have long insisted that the major challenge is education: people need to realise that recharging electric cars involves a major shift in thinking. Currently most drivers expect to refuel en route. But the purists allege that most electric recharging will happen at home, or at work, or at journey’s end, with only 3 per cent occurring in transit. This reflects a view both that the time taken for recharging an electric car is too long and the relative paucity of recharging installations.

The BP view is that the existing model still has merit. There is no need to work to change peoples’ mind set.  Recharging needs to continue to happen at least partly on forecourts; that is where we are conditioned to look for refuelling facilities.But facilities need to be improved and their number greatly expanded. Thus key priorities for BP/Chargemaster will be the roll-out of ultra-fast charging infrastructure, including 150kw rapid chargers capable of delivering 100 miles of range in just 10 minutes. Of course, an additional consideration is that if recharging takes place mostly at home or at work, the value of forecourts may diminish.  (BP has 1,200 service stations across the country) 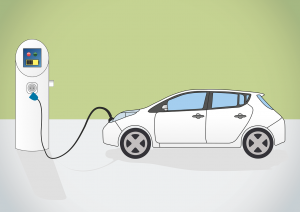 So how does the BP decision look twelve months on? In terms of changing attitudes, the evidence is somewhat anecdotal: charging points are both more visible and a good deal more numerous, though not necessarily on forecourts.. Equally, there is no doubt that there is a strong movement towards electric cars. The major motor manufacturers are launching a plethora of models powered by electricity and announcing orders for large numbers of batteries, mostly from Asia.

In June 2018 the company stated that “Fast and convenient charging is critical to support the successful adoption of electric vehicles”. Although Chargemaster provides a whole range of charging facilities at home, at work etc.thus enabling  BP to acquire knowledge across the whole sector, in terms of at least partly preserving the existing model of forecourt charging, the verdict must be “It is too early to tell”.