Is there any resonance to the catchphrase? “It is better to travel hopefully than to arrive.” There certainly is if you look at the path of Green & Smart Holdings, the AIM-listed renewable energy group that produces biogas from waste in Malaysia. The company had a dismal time of it in the few months leading to August 2018.  Its shares had been suspended because the company had been dilatory in filing its final results for 2016/17. The share price had become becalmed. Shareholders began to think that financials were probably not going to be wonderful whenever they would get a look at them.

Despite all this the management continued to talk up the group’s prospects. This breast beating went on until the release on 29 March 2019 of the final results which covered a 15-month period that ended on 31 December 2018. Commenting on these results G&S’s CEO Saravanan Rasaratnam reiterated again that things were getting better. Phew, that’s all right then!  But was it? You can well understand that the shareholders were deflated when the 2018 figures were released. The erstwhile profitable company had turned into a loss-maker.  Turnover was Malaysian Ringgits RM1.92million (£361,000) for the 15-months ending December 2018 against RM45.34m (£4.5m) in the twelve-month 2017 period. The loss before tax for 2018 was RM13.65m (£2.6m) compared to RM3.7m (£508,000). So what has gone wrong and how can it be fixed?

Green & Smart started out as a company involved in waste water treatment in rubber plantations. Since May 2016, when the company floated on AIM its core activity has been capturing biogas from palm oil mill effluent (POME). It plans to become a major player in this field. Energy from POME is very big business in Malaysia just now and could grow exponentially. The company is reported to hold 33.3 per cent of the 112.5MW of Feed-in-Tariff (FiT) approved capacity currently available in Malaysia. Its plants would be covered by the company’s 16-year FiT contract and sold to Malaysia’s national grids. 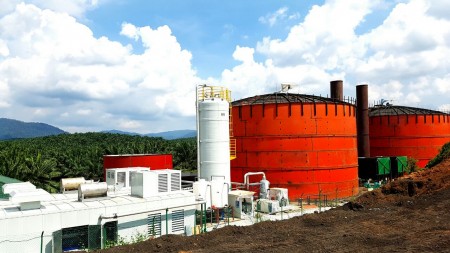 The company thus decided to develop a build, own and operate (BOO) division based on POME. But the company also has invested in two other Malaysian green companies involved in waste management — Megagreen Energy (MGE), and Concord Green Energy (CGE) — which specialise in engineering, procurement, construction and commissioning (EPCC) projects.

G & S therefore has two business models. In the past, EPCC deals which design and build projects for other owners have dominated turnover. In June 2017 G & S had outstanding receivables of Malaysian ringgits RM76million (£14.5m) related to MGE and CGE. So EPCC contracts are not to be sneezed at. But the monies are paid later and over time – in some cases over 16 years. This can mean a lumpy and uncertain earnings stream.

As an alternative, G&S reckoned that if it developed its BOO projects, while there would be no immediate income until such projects are completed and generating cash flows, these cash flows would be considerable in the long term. A broker’s model shows that a 2MW plant producing annual electricity sales of RM7.3m (£1.3m), should generate a net profit of RM3.5m (£0.6m)—this is a 47 per cent margin. The broker says the payback period is just over 3 years.

Accordingly, G&S launched two BOO schemes and planned five more.  The company’s first fully-owned plant, the 2MW Kahang biogas plant in Johore was generating power that was being sold to the national utility at the full tariff rate by the third quarter 2018. But a second fully-owned project, the Malprom biogas plant in Penang had at the same time (third quarter) yet to secure its commercial operation date that would allow it to sell its power at the full tariff rate.

In short the company’s BOO programme had been more or less brought to a standstill by funding constraints. With money from the EPCC companies also looking unreliable and intermittent G&S did not seem to be in the best of financial health by third quarter 2018. Cash and cash equivalents as at 1 March 2018 were RM0.021 (just £2,100). The cash poisition did not look that much better by July 2018. This was the bad news. But also, in July there was some good news—the company raised RM17m (£3.2m) from investor Serba Dinmark by way of a private placement.

But that is not all. As at 31 December 2018 the group had receivables of RM56.24m. (£10.6m) principally due from Megagreen Energy and Concord Energy. The company said payments of approximately RM 20m (£3.77m) had been received from these parties during the period and the management is confident the outstanding debt will be recovered in due course. All these funds are being used to resume developing the group’s project.

In comments on the final results Rasanatnam was able to say: “It was a milestone period in the history of Green & Smart as our second fully-owned biogas plant (Malprom) began selling power to the national grid). He also said: “Completed groundwork and construction started on the 2.7MW Minyak plant. This will be the group’s largest biogas plant to date. As a result of all this we expect revenue generation will be significantly higher in 2019 than in the period to 31