Veditek, who listed on AIM in August 2017, produced their annual report for 2017 on 29 June 2018. Verditek holds major positions in three cleantech companies: Greenflex, in which it holds 51 per cent, is based in Italy and plans to make flexible, lightweight solar panels: BBR Filtration (51 per cent) in Hampshire makes fluidised biofilters to remove noxious gases such as hydrogen sulphide from the air released by sewage works and paper mills; and Westec Environmental Solutions (23.64 per cent) in Hawaii makes a gas-liquid froth that is effective in absorbing CO2 and other unwanted gases and particles.

Verditek reported no revenue in 2017 with costs of £1.99 million, £0.67m of which was the cost of listing on AIM and £0.36m was another one-off cost for an impairment of goodwill. Cash in hand at the end of the year was £1.2m. In the past year the company has been mainly re-structuring and organising its businesses.

Greenflex has been the major focus. Originally based in San Marino it was moved to Milan last year to benefit from the better availability of skilled labour. It has also been restructured. Initially there will be two production lines with a capacity of 20MWp. The start-up date has not been announced. 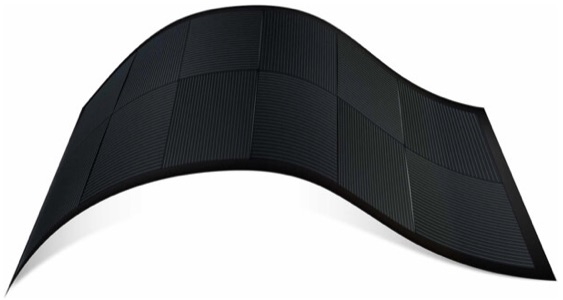 The panels are flexible because the cells are covered by a polymer instead of the usual glass. The result is a panel that is seven times lighter, but since the cells are standard the performance should be similar. Plastic-covered panels are generally considered less robust with shorter lifetimes, but Greenflex offer a 10-year guarantee and claim that efficiency is still at 80 per cent after 20 years. The secret must be in the polymer. The company has also developed a technique of nanowires to connect the individual cells within a panel thereby reducing internal resistance and heat loss.

The market for these panels is not entirely clear. Initially the company is looking at situations for which conventional panels are either too heavy or too inflexible, such as outhouses and simple industrial or agricultural buildings. Verditek estimate that the market for lightweight solar will reach £22 billion by 2022, and that it will have made the first sales by the end of 2018.

Further on it is considering panels that are integrated into roof tiles and facades, and could be coloured as needed. It has also entered into a joint development programme with Paragraf, a spin-off from Cambridge University that specialises in graphene materials. For this it raised £1.3 million through a share placement in December.

Westec’s absorber has been around since 2015 and although it has undergone several trials and received numerous awards it has not yet established itself in any market. BBR Filtration’s bio-filters were introduced in 2015 and are in a similar position: they have undergone a few apparently successful trials but have not broken through in any market. Early this year the company commissioned a market survey of wastewater treatment plants in the US and found that most had problems of odour control. One plant has agreed to undertake a trial. Meanwhile in the annual report Verditek says that it is “…in the process of repositioning this business and re-launching the product with a new marketing approach”.

Verditek describes its strategy as taking early stage positions in technology businesses and providing financial discipline and funding to take them through to commercial revenue and growth. The chosen technologies are certainly interesting but investors might have to wait a while before getting returns.

The share price is currently around 6 pence for a market cap of £11.6m.