Verditek Plc owns a subsidiary whose principal business is the manufacture of flexible, lightweight solar panels. On 6 April the company announced that it was restarting its production line in Italy after the corona virus. Hopefully there are enough orders to keep it busy. A year ago we reported that the company had received certification of its panels from the IEC for long term operation in general open-air climates (Greenbarrel, July 2019). Since then some orders have been announced, but the annual report for 2019, released on 30 June, shows no revenue for the parent company, as in previous years.

That the company had a problem on the sales side of the business seems to have been recognised by the Board, who in April brought in a Commercial Director with a sales background in the Oil & Gas and Energy businesses, Rob Richards, and then in April appointed him CEO, replacing Geoff Nesbitt who was moved to Chief Technology Officer.

Verditek sees the main market for its panels as places where conventional panels are not suitable, for example where the latter are too heavy or where some flexibility is needed to fit a curved surface. In the last six months it has reached agreements for trials with Electric Assisted Vehicles, who make zero-emission lightweight commercial vehicles, and IM Efficiency, who develop ways of decreasing emissions from heavy goods vehicles. In both cases Verditek’s panels will be mounted on the roofs of the vehicles, something not practical with conventional panels. 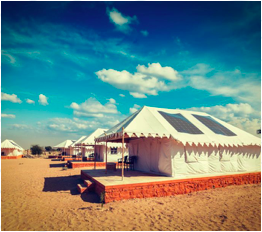 Other recent orders include installations on yachts in Thailand and on remote oilfield facilities in Pakistan and Libya. For the two latter the panels will be installed vertically. Verditek foresees a good future for the “vertical” market. Standard panels are not installed vertically partly because of their weight but also because they capture less solar energy in this position. The company hopes that there are sufficient cases where horizontal or near horizontal spaces are not available and it makes commercial sense to harvest solar energy vertically.

These orders are good news but we have heard this before. This time last year Verditek announced that it would produce 1 MWp of panels in 2019  (corresponding to about 3000 panels), but if they were produced few were sold.

The longer term plans are also upbeat. There are on-going projects to open manufacturing facilities in India and Portugal, and an on-going collaboration with Paragraf, a Cambridge University spin-out, to work on a graphene integrated photovoltaic cell. Graphene is exceptionally light and conductive, so if it can replace the rods and wires in a solar panel it would not only reduce the weight but improve efficiency.

Verditek was formed in 2017 and has always insisted that it is not just a solar company but a cleantech company with a variety of investments on the cusp of commercialisation or adoption. While it now owns 100 per cent of its solar business and is clearly focuses on that, it also owns 51 per cent of BBR, who make filtration and deodorisation equipment for wastewater and industrial effluent, and 22.34 per cent of the Canadian company Industrial Climate Solutions (ICSI).

Among other activities, the latter specialise in reactors for industrial processes in which gases and liquids are brought together in order to react and then separate out the resulting components.  The internal design can have a large effect on the efficiency of the process. ICSI’s reactors are of particular interest in capturing CO2 from the effluent of a power station or an industrial plant. The potential is clearly good, but little information is available on progress.

Verditek Plc reported a loss of £1.8 million in 2019 (2018: £2.6m, which included £0.6m of exceptional items), almost entirely from administrative expenses. It has raised £1.5m from equity offers in the first half of 2020, and expects to receive a significant grant from Innovate UK. Now it just needs some of those promised orders to come through.