AMPH has three divisions: Wood Fuels, Project Development and Investments. Wood Fuels sells wood pellets and chips through contracts for either fuel or heat. In the latter the company finances the purchase of the boiler or Combined Heat and Power (CHP) system and provides the fuel, but gets paid for the amount of heat generated. AMPH then collects the government’s Renewable Heat Incentive (RHI) for such systems.

The division reported revenues of £40m in the last financial year, over 90 per cent of the AMPH total and up more than double from the previous year. The increase was helped by the Beast from the East in Q1 2018, but comes mainly from acquisitions of wood fuel suppliers over the last two years and from a majority stake in Highland Wood Energy Ltd who operates and maintains over 900 boilers. AMPH claims to be the UK leader in wood fuel with nearly 4000 customers.

However Wood Fuels made a loss of £2.6m in 2017/18 after making a small profit the previous year and while ignoring HQ expenses. Earnings before interest, tax, depreciation and amortisation (EBITDA) were a positive £1.9m but these have been adjusted to exclude some exceptional and non-recurring costs, many of which are related to integrating the new companies. 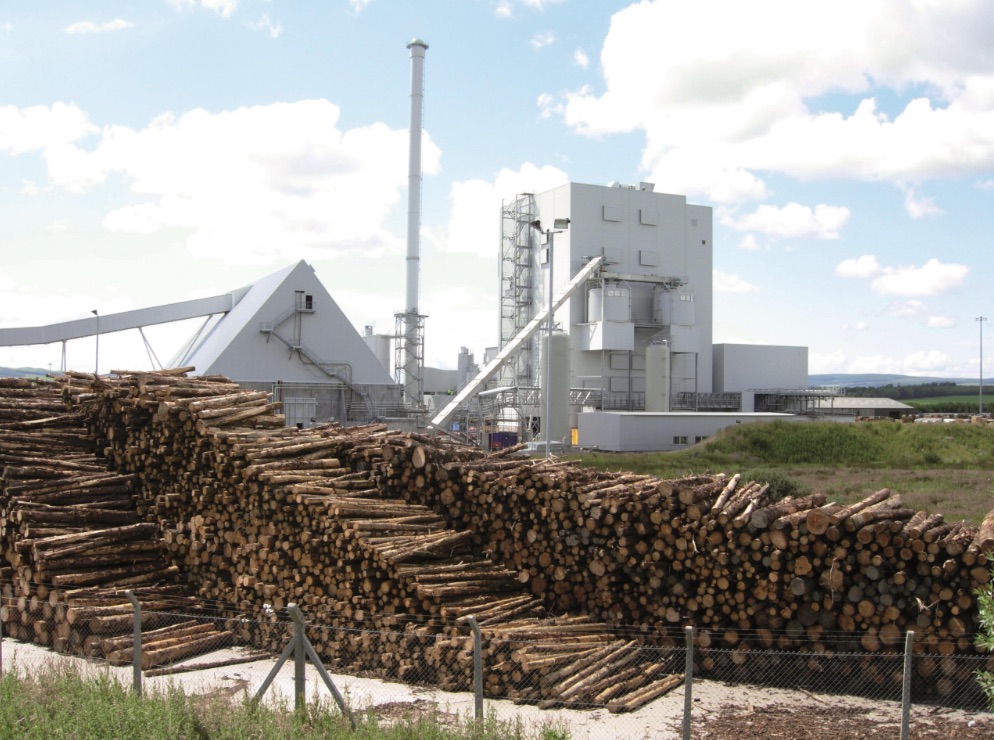 In the long run AMPH is bullish about the renewable heat market, pointing out that the UK heating sector is lagging electricity generation in decarbonisation (at the end of 2017 renewable heat was only 7.7 per cent of the total for a target of 12 per cent in 2020).  The RHI provides income for 20 years after installation, while AMPH believes incentives for new boilers will continue after 2020, especially for customers off the gas grid.

The Project Development division develops, manages and arranges financing for larger industrial projects involving biomass CHPs, biomass steam producers and in 2017 two small gas-fired peaking plants (21MW and 3MW) to help balance the electricity grid. AMPH foresee a good future for such plants, which are marketed through a subsidiary called Urban Reserve and will be focussed on providing local power at peak times in urban areas. Local power can be provided at lower voltage levels, making it cheaper than connecting to the main grid.

In spite of this focus, revenues for Project Development were down this year at £3.2m from £3.9m, with profits also down at £0.7m from £1.6m. However, projects are often financed by AMPH with an element of carried interest that should, if the plants are successful, provide a steady future income.

AMPH’s results would be poor without the Investments division, which is dominated by an investment of US$2.8m in IncubEx, who work with the European Energy Exchange (EEX) to develop new financial products in environmental and other markets. The EEX trades in carbon emissions which have increased in value nearly three-fold over AMPH’s financial year. Therefore, although the calculation is not explained, AMPH claims a gain at fair value of no less than £7.5m from this investment, thereby putting AMPH’s profits firmly in the black.

With results so dependent on IncubEx, there must be some concern about volatility in its value. Neil Eckert, who is chairman of both AMPH and IncubEx, says that he believes there is very little risk.  Even so it seems unlikely that it can continue to increase at such rates.

By Julian Singer|2018-07-12T17:11:18+00:00July 12th, 2018|Aggregated Micro Power|Comments Off on Aggregated Micropower continues to expand into wood fuels but profits depend on carbon trading