Renewables Materials in the BP 2018 Review

The overall picture given by the Survey is somewhat mixed. Renewable power grew by 17 per cent, the largest increase on record and accounted for almost half the growth in power generation. Yet, as Bob Dudley points out in his introduction, “There has been no improvement in the mix of fuels feeding the global power sector over the last twenty years. Astonishingly, the share of coal in 2017 was exactly the same as in 1998.”

But the most interesting element in this year’s review is the inclusion, for the first time, of data on “Key materials for the changing energy system”. To be precise, cobalt, lithium, natural graphite and rare earths. That this data is included at all suggests an interest, maybe even a concern, over the future availability of the materials needed for the sort of advanced battery technology that an electric world will require. It also suggests a recognition that availability might at some point become a commercial issue.

At first glance the statistics for cobalt are the most striking: the Democratic Republic of Congo (DRC), scarcely the most stable country on the planet, contains virtually 50 per cent of all known world cobalt reserves (3,500 thousand tonnes out of 7,100 tonnes) and the figures for mine production show even more dominance with DRC actually producing 90.3 thousand tonnes in 2017, about two thirds of the world production total of 137.5 thousand tonnes. 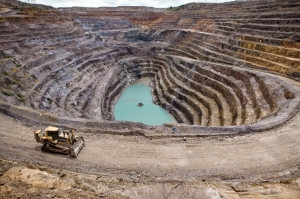 Reserves of lithium are also essentially concentrated in four countries. Chile, with 7,500 thousand tonnes has 45.9 per cent of world reserves, with China (3,200), Australia (2,700) and Argentina (2,000) making up almost all the rest (49.4 per cent). In terms of production, Australia and China were the main suppliers of mine production with 41.8 per cent and 33.6 per cent respectively.

China is again prominent in the figures for natural graphite, producing 780 thousand tonnes, just over three quarters of total production. However, Brazil, the second largest producer in 2017, albeit with only 7 per cent, contains 25.9 per cent of known reserves, ahead of China (20.4 per cent). Mozambique and the Russian Federation are also known to contain significant reserves, though the figures for world reserves as a whole are somewhat less complete.

No such ambiguity exists for rare earths. China again leads the field with a third of known reserves, but Brazil (18.3 per cent) and the Russian Federation (15.0 per cent) both make a significant contribution. Although Australia has a modest 2.8 per cent of world reserves, behind India, with nearly 6 per cent, it was much more prominent on the production side. While China accounted for just over 80 per cent of world mining output, Australia provided most of the rest (13.2 per cent).

There have already been some initial different reactions to this situation. Some see a potentially worrying physical shortage in the future, others imagine that any shortage will result in increased prices which will in turn result in a successful effort to find more reserves, (though lead-times in mining are measured in years). Others again believe that any shortage will be relieved by technological innovation and/or the use of alternative elements. We shall see.