Verditek was formed in 2016 to identify business opportunities in the clean technology sector. It initially invested in three companies, one making flexible solar panels and two making different types of air filter. The company now focusses on solar panels manufactured at its factory in Milan with only a minor interest in the filter business.

Compared to the heavy, solid frames used for most solar panels, Verditek’s panels are ten times lighter and also flexible, with a thickness of less than 3 millimetres. They are therefore ideal for portable structures such as cabins, caravan and boat roofs, light structures such as bus shelters, and curved roofs. They are also a valid replacement for standard solar panels. However take-up has been slow. The chairman, Lord Willetts (Minister for Universities and Science in the Cameron government) blames the postponement or cancellation of projects in 2021 due to the pandemic.

There may be other reasons. Buyers may be concerned about the robustness of a lightweight panel and its ability to withstand extreme weather. Verditek counters this by pointing to the international certification of its panels, which assures that they meet the requirements to withstand temperature, fire, hail and wind. However these panels have a power output of 288W, towards the bottom range for commercial solar panels. Its newer model produces 340W – nearer the top end – but these have not yet been certified which prevents them, for example, being connected to the grid.

One other new development should also expand its market. This is the integration of its solar modules into roof panels at the factory. The Leeds-based Bradcald Group have developed a method for doing this for their steel roofs, while Belgium-based Metrotile are doing the same. Both can also add Verditek’s panels to existing roofs but it is much easier and cheaper to install integrated panels. 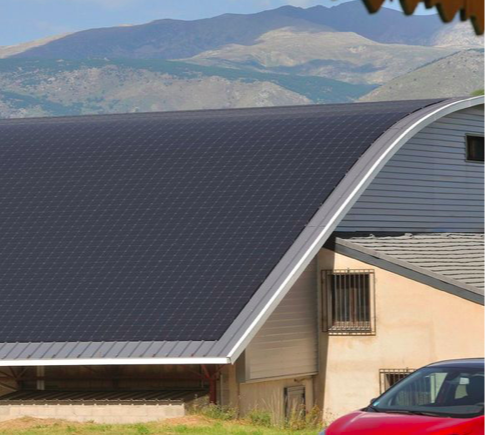 Looking to the future, Verditek have recently started their third project with Paragraph, the Cambridge (UK) based company that has for many years being trying to develop commercial methods of producing graphene, the highly conductive, thin and strong carbon material discovered at the University of Manchester in 2004. Using graphene as the backing for solar panels would significantly improve their strength and efficiency. The problem is how to do it outside the laboratory.

Verditek’s 2,000 square metre factory in Milan has two production lines able to produce 80MW of panels per year, so production capacity is not an issue. At the end of 2021 the factory received ISO9001 certification for quality management.

The share price stands at 2.5p for a market capitalisation of £7.36m, up from its all-time low of 1.7p at the end of June. Like many other AIM-listed new energy stocks it received a boost in the second half of 2020 but has since drifted lower. It now needs to increase dramatically the sales of its interesting product.