When Britain was in the forefront of Electric Vehicle (EV) technology

Around the turn of the last century, some of the earliest road vehicles were battery powered. But eventually the flexibility and performance of internal combustion engines proved superior.  However low-speed electric vehicles continued to play a role in niche markets, such as door-to-door milk delivery, where silent operation in the early hours of the morning was a benefit, and low performance was acceptable.

In the 1960s, advances in semiconductor technology opened the way for the efficient and infinitely variable control of electric motors, and, coupled with modest advances in the energy density of lead-acid batteries, made higher performance drive systems possible.  Pioneering work undertaken by Lucas Industries in the UK on electronic controllers for Direct Currant (DC) motors led to the creation by Lucas of an Electric Vehicle (EV) project team, with the aim of developing fully-integrated drive systems for “traffic compatible” EVs, with competitive speed and acceleration in city and urban driving conditions.

The motivation for the renewed interest in EVs was not air pollution or global warming, but the fuel crisis of the 1970s.  EVs were not dependent on fossil fuels, and if recharged at night would not increase peak electricity generation, but would help with night-time “load- levelling” and enable power stations to operate more efficiently.

In 1981 Lucas, with its competitor, Chloride Group, established a joint venture company, Lucas Chloride EV Systems (LCEVS), to pool their systems technologies and resources and create a unified British EV programme. Given the limitations of the technology of the time (lead-acid batteries were still the only viable power source), Lucas and Chloride realised that electric cars were not a viable proposition, but research showed that around 50 per cent of small vans (1 tonne payload) rarely covered more than 50 miles per day – a range which existing technology could satisfy.

At the same time the two companies did not want to get involved with vehicle design and production, so, in order to minimise investment in tooling, they needed to persuade vehicle manufacturers to fit their drive systems to existing petrol and diesel models with as few modifications as possible.  The design brief thus became to produce a fully integrated drive system which could be fitted to a production van on a production line alongside conventional petrol and diesel models, giving the van a top speed of 50 mph and a range of at least 50 miles.  This design specification required a 30kWh battery pack, hung underneath the chassis, which weighed around 1 tonne. But, by fitting the heavy duty suspension components from a long wheel-base model to a short wheel-base chassis, a 1 tonne payload was maintained. 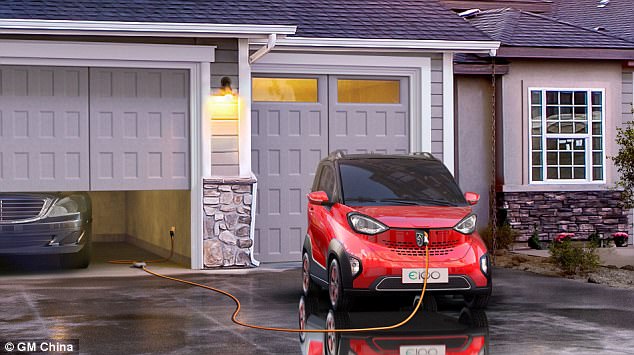 The marketing proposition was complex.  The production cost of the vehicle would be greater than that of a conventional vehicle due to the lack of economies of scale.  The cost of “fuel” (electricity) would be much less than petrol or diesel fuel (typically 2p per mile), but the battery had a finite life and would be costly to replace.  LCEVS strategy was to offset the higher initial cost with a government subsidy (an arrangement which continues today) and to lease the battery so that the combined battery lease and electricity cost more or less equated to the cost of petrol/diesel fuel over life.

In the decade between 1981 and 1991 over 500 vans fitted with the LCEVS drive system were produced by five major vehicle manufacturers, and placed in service in countries across the world, including USA, Sweden, France, Greece, New Zealand, Hong Kong and Japan.  By the end of the decade 10 million service miles had been covered by those vehicles.  The Duke of Edinburgh became a high profile “user” in 1986, using a suitably adapted Bedford electric passenger van for his various engagements in London.  By then, Lucas had withdrawn from the venture to focus on other business priorities, leaving Chloride with a world-class development project team known as Chloride EV Systems (CEVS)

In something of a “David and Goliath” story, the company’s drive system was fitted to an electric GM G van built in USA, through a co-operative effort between CEVS, General Motors, Vehma International and the Electric Power Research Institute (EPRI). For this programme CEVS established a service capability in the USA, and moved the production of the motor controller to a Chloride electronics company based in Rochester NY.

Sadly, despite the pioneering work on drive systems and the success of the trials, the project could not be sustained. In the end the limitations of the technology became insuperable.  Lead-acid batteries were simply too heavy, had limited life and required regular maintenance. When the project was wound up in 1992, many members of CEVS’s engineering team (respected for their unique skills and experience) went on to work for other leading system design companies.

But the concept of a traffic compatible electric vehicle did not die.  It simply evolved.  Brushless Alternating Current (AC) motors were lighter and more reliable than DC motors, and the rapid advances in electronic systems made AC drives practical and affordable.  Finally the development of better batteries and computer-controlled hybrid drive systems enabled vehicle manufacturers to offer a range of technical solutions for passenger cars, using their own in-house system and vehicle designs.

Looking back, Lucas & Chloride can take a great deal of credit for proving the technology and testing the market for EVs. And though, once again, it seems that others have been successful in commercialising what was originally a British initiative, I am proud to have been involved in the project.