Renewables in Germany: some thoughts

Germany was perhaps the first major industrial power to embrace renewables, so it may be instructive to look at the lessons to be derived from their experience so far.

Maybe the first point to make is that “the market rules” does not mean that commercial companies necessarily prioritise the future of the planet. When the German Government decided to phase out all the nuclear plants,  it sort-of assumed that the percentage of electricity generated from natural gas would rise. But in fact coal-fired stations turned out to be cheaper in terms of running costs, largely fuel costs. This resulted in an unexpected increase in Germany’s emissions: renewable purists would have hoped for a reduction.

Furthermore, once a renewable plant is up and running, the marginal cost of generation is close to zero, which means a very considerable advantage at any public auction. But that in turn has made it harder for the major German generators to construct a convincing business plan for a new gas-fired plant. With renewables an uncertain element it is not easy to establish a price for a unit of electricity generated. Are we talking base-load or peak- load? 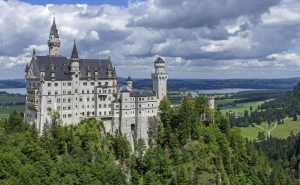 The bitter truth is that there is no correlation between need and availability. As renewables capacity increases, there comes a point where “too much” electricity is generated, in the sense that supply is greater than demand. Here, the glib answer is “storage”. But although there has been much talk about batteries, as of today pump storage is the only real option. It is expensive and the number of suitable sites is limited. (One study identifies a mere thirty-five German sites). Hence the somewhat counter-intuitive finding that the “efficiency” of the overall system declines as the percentage of electricity from renewables increases. More renewable electricity can mean more storage.

And if that is not difficult enough, there is also a seasonal balance to contend with. Solar and wind may combine to give us a surplus of electricity in September, but the picture in March can be very different.

Conversely, when the wind does not blow and the sun does not shine, how will the electricity we all need be generated? The classic answer is “back-up power”. But in that case it must be accepted that there will be staff and other costs associated with stand-by power. It may be possible to reduce the costs of the fossil fuel, but the fossil fuel plants will need to stay.

But what is also clear is that the debate about renewables in Germany is not purely abstract. It takes place in a political context.  Much of Germany’s renewable capacity was promoted by Government subsidies. But renewable energy subsidies are financed through electricity bills and prices for consumers have doubled since 2000. Those who are receiving subsidies may see a benefit to this system. But consumers with no off-setting renewable income may see things rather differently. Disgruntled voters were certainly an element in the October election. There is also an economic factor to consider: some German industrialists fear that dearer electricity prices could mean a loss of national competitivity in the longer term.

It would seem that there are no easy answers, even before emissions are addressed…