Cop 27 What has changed?

As Cop 27 drains away, it becomes all too clear that nothing much has changed since Cop 26. Apart that is, from an “Historic” commitment at the very end of the meeting to establish a fund to help pay for adaptation. (to cope with the damage to the world already caused). This is usually seen as a major concession by the developed, or rich, countries but they would be the first to admit there has been little progress on the issues of more interest to them like reaching agreement on the principle of the elimination of coal-fired power stations; a reduction in the emission of greenhouse gases; more specific action on methane; a huge percentage increase in electricity derived from renewables; real progress towards the overall limit of 1.5 % increase in temperature agreed in Paris (we are already at 1.1%). 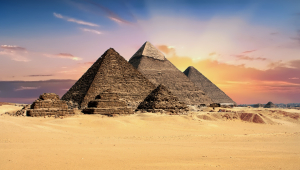 Image by Peter Linforth from Pixabay

In some ways we may have even gone backwards: COP 27 saw 636 lobbyists from the oil and gas industry, more than ever before. The optimists would say that this shows that the O & G industry is under threat as never before. It shows that the firms and the countries which make most of their money from O & G are beginning to wake up to the challenge which Global Warming presents. But the pessimists say that an attempt is being made to secure a long term, continuing, future for natural gas on the grounds that it is “a lot cleaner than coal”: and a fuel which undoubtedly has a major role to play in the energy transition is now being marketed as a permanent solution, partly thanks to the current emphasis on energy security.

The timescale of any investment is obviously crucial if gas is only to be part of a time-limited transition. But the picture would be transformed if a permanent role was envisaged for gas. Concerns about “stranded assets” would be, at the least, greatly diminished. For the moment, it is merely noteworthy that BP have recently bought into a major bio-energy firm in the US. But it is worth remembering that another British major, Shell, has always been strong on the gas side.

The World Gas Conference, coincidentally or not, had a meeting in Egypt the week before COP 27. Their President, Professor Joe Kang, a Korean, is reported as having said “Dialogue is critical to ensuring that natural gas – and a developing portfolio of renewable and decarbonized gases – continues to provide accessible, secure, constant, and affordable energy as the world makes progress in the energy transition. Due to its inherent characteristics, gas is the catalyst of, and foundation for, the just transition, partnering with renewable energy and replacing dirtier fuels.”

The posslble future of natural gas is, sadly, only one of a number of major issues whose resolution is becoming increasingly urgent. Another which needs to be resolved, or at least be brought back to the negotiating table, concerns specifically methane. It is generally known that methane is both a good deal more noxious than carbon dioxide and does not linger nearly as long in the air. Accordingly, the quickest way to reduce greenhouse gases is to reduce methane in the atmosphere. There was the prospect of action in this sense at COP 26 in Glasgow and well over one hundred countries supported action to limit methane emissions. But the urgency seems to have gone out of the issue. It did not get resolved at COP 27, not least because none of the world’s three biggest emitters of methane- China, India and the USA- were keen on the issue being raised. But it must come back if the overall negotiation is to prosper.