Quaise Energy proposes to drill wells of up to 20 kilometres deep into the earth’s crust to find temperatures of up to 5000C.  The heat will be brought to surface to produce electricity using a conventional steam generator. Quaise plans to start drilling its first well in 2024 and to be producing thermal energy at surface in 2026. The company expects to convert a fossil-fired power plant to use its geothermal energy for the first time in 2028.

This ambitious approach will use some decidedly unconventional techniques. The first addresses the problem of how to drill that deep in a reasonable time. The deepest well so far drilled is the Russian Kola borehole which reached a depth of 12.26 km after five years. That used conventional drilling techniques, but Quaise intend to use a novel technique based on millimetre waves.

Millimetre waves have a wavelength that lies between microwaves and infrared on the electromagnetics spectrum. They are produced by a gyrotron, which is like a laser in that it produces a powerful focussed beam of electromagnetic energy, but does so for millimetre waves rather than light waves. The first gyrotron was developed in 1953 since when they have been used in various industries where highly focussed heat is required.  The 1MW beam to be used by Quaise is expected to be enough to melt even the hardest rock. The advantage over a laser is that it is less disturbed by particles in the beam. 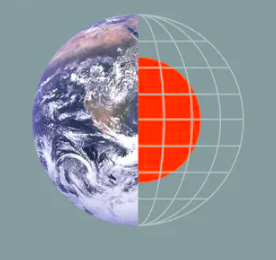 Quaise’s plan is to drill to basement using conventional drilling techniques and then install a gyrotron at the top of the drill pipe, on surface. The drillpipe will act as a waveguide to send the beam down to the rock underneath and vaporize it. The mud, which in conventional drilling cools the drilling bit and takes rock cuttings back to the surface, is replaced by supercritical argon. Fluids become supercritical above a certain pressure and temperature, which in the case of argon is 49 bars and -900C: both conditions easily met in a deep well. Supercritical fluids are useful because they are transparent to the millimeter waves being sent down the borehole, have the density of a liquid (ensuring over-balanced drilling for well control and making it easier to remove rock remains) with a viscosity close to a gas (making it easier to pump).

As the millimeter beam advances, the sides of the hole it creates cool and form a vitrified wall that avoids the need for the conventional casing and cement to preserve the hole. Once completed supercritical argon or supercritical water is circulated to bring heat up from the bottom of the hole. Supercritical water has a high enthalpy, meaning it holds several times more energy per unit mass than liquid water so that more energy is transferred in a turbine. This advantage has already been exploited in geothermal wells in several countries that encounter supercritical water naturally at shallow depths (Iceland, Italy, Japan, Hawaii…).

The amount of energy that could be produced from a single such well is not yet clear. Quaise claims that by 2026 it will be able to produce 100 MW of thermal energy from “a handful of wells”. (The electrical power produced may be half to three-quarters of this). This is relatively small compared with existing UK power stations.

Although the techniques such as the gyrotron and supercritical fluids are well known they are being put in an environment that is much tougher than they have yet encountered. Drilling rocks as deep as this has not been attempted before, let alone with novel techniques. The standard casing and cement further up the well will have to handle temperatures much higher than normal. Then there are questions about how fast the heat can be removed, how long the boreholes will remain open and, ultimately about the cost.

Quaise is led by Carlos Araque, an ex-oilfield manager who worked at the oilfield services company Schlumberger’s Drilling Research lab in Cambridge, UK, so knows the business well. Much work has been done on gyrotrons at MIT in Cambridge, Massachusetts, where the company is headquartered. It has raised $63 million so far, mainly from a Series A financing round, and with help from the US Advanced Research Projects Agency. One can only admire the boldness of the venture and wish the company well. Whether one would put money into it is another matter.