Why do mad autocrats seem to become preoccupied with energy security?

Vladimir Putin is not the only deranged dictator in history to have become preoccupied with his energy situation. Back in the period of 23 August 1942 to 2 February 1943 Hitler’s German army and its allies fought against the Soviet Union for the control of the City of Stalingrad. The battle was fought because whoever controlled Stalingrad would have access to the abundant oil fields of the Caucasus, controlled by Russia. At this point Hitler’s oil supplies were dwindling. The Battle for Stalingrad and its oil was pivotal and one of the bloodiest battles in the history of warfare. Hitler’s failure to win it presaged his defeat in the Second War.

Almost 80 years on another deranged dictator called Vladimir Putin is very preoccupied with his   Energy situation, albeit in a different way. Russia cannot be called a failed state in terms of industrialisation and its raw materials like gold and palladium it has. But fossil fuels dominate its economy.   Russia is the second largest exporter of oil in the world. And everyone must know by now that Russia under Putin dominates the supply of gas through pipelines to western Europe to the tune of 40 per cent of total supply.

Gas dependence does vary across Western Europe.  Germany – which since the Fukushima disaster of 2011 has gradually been closing its nuclear plants—relies on Russia for two thirds of its gas. The Netherlands gets a quarter of its gas from Russia, France 17 per cent, Spain 10 per cent. All these aforesaid countries have to worry about any interruption in the supply of gas. This is because of events such as the outbreak of war, would see the price of gas spike exponentially. On the Wednesday in February when Putin’s troops started invading Ukraine, for example, the gas price already at a record high, increased by almost 40 per cent. 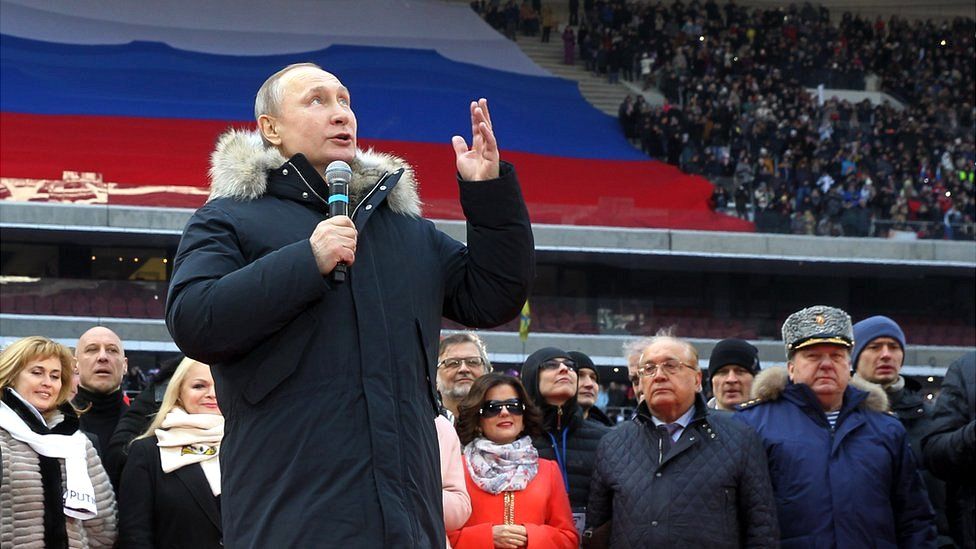 Ostensibly, we in Britain should be immune from this gross gas price inflation. We only receive 5 per cent of our gas from Russia. The rest comes from our remaining but dwindling reserves in the North Sea and onshore Britain, large imports from Norway and highly expensive imports of liquid natural gas (LNG) from Qatar in the Middle East. So, here in Britain we, in theory, could get by if Putin turned off the gas tap, couldn’t we?  Unfortunately not, we exist in an international market and are thus subject to fluctuations in wholesale gas prices like everyone else.

So how did it come to this? How did Europe in general and Britain in particular become so dependent on Russian energy?  In an article published in the Sunday Times newspaper, Sir Dieter Helm, energy professor and economist at Oxford University and government advisor on energy matters, was quoted as having outlined two possible narratives on how we developed a dependency on Russia. Dieter Helm has for a long time been known as sceptical on whether renewable energy can make the energy mix in the short term.

So, according to the Sunday Times the first narrative is that decarbonisation and the race to net zero are to blame. By prioritising wind and solar while allowing our gas supplies to dwindle, this argument goes, we have neglected energy security and allowed Putin to gain a strategic advantage. Others who opposed this first narrative argue that our green policies have simply not gone far enough. It is our reliance on fossil fuels that have played into Russia’s hands. they say. If we had invested in wind power earlier, if we had embraced heat pumps and developed energy storage, the gas market and Putin’s dominance of it would be irrelevant.

So what interpretation is right? In trying to answer this question I speak as someone who for many years has written about and been involved with some of the main players in renewable energy companies. I have found that over these years there simply has not been enough investment in renewable energy to meet the energy mix. Since gas is the least polluting of the fossil fuels I have believed there has to be a gas bridge for about at least ten years. Dieter Helm is quoted as saying there would have to be a gas bridge for at least 15 years. He is also quoted as saying: “Energy realism is what is required not naïve optimism.  Sadly, I have to agree with him.