The other great debate of our times is about the future of the planet and global warming. In this, an important place goes to “decarbonisation”, where there is an undoubted place for Biofuels; the question is how important that place is, or should be. (An obvious distinction has  to be made between the decarbonisation argument and the economic argument).

Biofuels can be produced from organic matter, or biomass, such as corn or sugar, vegetable oils or waste feedstocks. So their economic benefit depends on the price of their inputs and Governmental regulation. Both may change. But in terms of the future of the planet, biofuels can play a valuable role in reducing carbon dioxide emissions. They are one of the largest sources of renewable energy in use today. In the transport sector, they are blended with existing fuels such as gasoline and diesel. In the future, they could be particularly important in helping to decarbonise the aviation (Biojet) and marine (BioOil) transport sectors.

In the transport sector, particularly at the heavier end, i.e. lorries, Biofuels are already being blended with existing fuels as an effective way of reducing CO2 emissions. Today biofuels represent around 3 per cent of road transport fuels in use around the world, driven largely by the introduction of new energy policies that call for more renewable, lower-carbon fuels for transport. 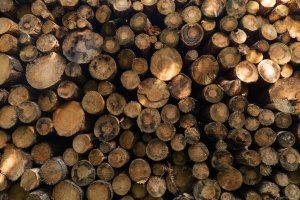 Image by Anita Richmann from Pixabay

Today, most biofuels are produced from agricultural crops. The two main types are ethanol and biodiesel. Ethanol is produced by fermenting sugar or starch from products such as sugarcane, maize or wheat. It is used in blended fuels with petrol, either at low levels in regular vehicles (up to 10 per cent) or at higher levels in cars that have been adapted. But its use varies widely between countries. For example, in Brazil, a major sugar-cane producer, it makes economic sense to run cars on home-grown ethanol rather than imported hydrocarbons. The economics will look different elsewhere.

Biodiesel is produced from vegetable oils, including palm oil, but also fats and greases. It is blended with diesel, generally at low levels (up to 7 per cent).

Both of these would be called conventional biofuels. For new technologies and processes that produce fuels from waste, inedible crops or forestry products are being developed and these fuels are known as advanced, or second-generation biofuels. A variety of waste feedstocks can be used to produce transport fuels with reduced CO2 emissions. Some of these biofuels can be blended with conventional fuels and others are fully compatible with current vehicles and so can be used as complete replacements for conventional fuels. Advanced biofuels are likely to become the primary form of biofuels in the future as sustainability becomes more and more of a key factor.

Finally we come to the Power sector and confront the example of DRAX, which has largely ceased to produce electricity from coal; the company, after adaptation, now mostly uses wooden pellets, imported from the US. This process is clearly a biomass process. It is also economic and said to be sustainable because sufficient trees are planted in the US to offset the pellets consumed. Is this correct? How do we measure a process which may take years to justify itself?

There is also a debate about what to include in the cycle of adaptation, and how to price it. How for example should we take account of biofuel-based plants which benefit from payments under the Government’s stand-by scheme for electric power, with a possible further payment on utilisation. Would they count against a target for renewable electricity?

Answer: Decarbonisation is good; paying for it is more difficult.