To try to isolate the problems of one sub-sector of agriculture is to realise how complicated are the inter-relationships in the overall biomass sector and how inadequate are the available data. The industrial North (broadly Europe and the US) is more concerned about the future climate of the planet and de-carbonisation, so a dietary change for human beings involving reduced beef consumption might seem to be an obvious objective by way of a policy shift in favour of more plant based food. (Between fourteen and nineteen per cent of all greenhouse gas emitted is methane, though somewhat bizarrely greenhouse gas emission has risen while the number of herbivores producing methane has gone down.)

But straightaway there are choices to be made without totally reliable data to back it up. Would such a policy intervention aim to reduce all meat consumption, or also aim to switch X per cent of consumption to another meat, perhaps chicken or pork? If so, what value should we ascribe to X? Or would such a switch be the “unexpected” collateral consequence of a measure aimed solely at beef consumption? To look a little wider: what would be the impact on the numbers of livestock and the people who are directly involved in husbandry in the South (broadly everywhere else) ? 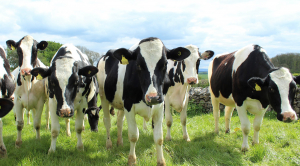 The truth is that these are not “One size fits all” sorts of problem. In the industrial North, there is a much lower density of livestock systems, which are however much more industrialised and much more fossil fuel reliant; while in Africa and Asia, there is a much higher density of worse quality herbivores. These herbivores need improvement, not reduction, and more industrialisation of production is not necessarily bad – better animals will get sick less often. In the South there may even be pressure to increase pasturage, which all too often ends up as pressure to cut down the primary forest, yet in the North this could be seen as anathama.

True objectivity may not be easy to find. But someone has to design the policy interventions: if one considers that the problems of livestock are also human and environmental problems, to be resolved within that larger context, then reliable and internally consistent data are a first priority as well as a clear policy focus.