Invinity, the flow battery manufacturer, has had significant orders and is doubling manufacturing capacity

In a trading update dated 9 March 2021 Invinity Energy Systems, the manufacturers of vanadium flow batteries, announced that it had 9.1MWh of capacity in the final stages of contract negotiation. This is on top of 18.6MWh of orders obtained in 2020 and 50.3MWh of sales under discussion.

Invinity was formed from the merger of UK-based RedT Energy and Canada-based Avalon, completed in April 2020. At that time Invinity claimed to have 10MWh of capacity deployed across 40 sites in 14 countries. The orders obtained for 2020 and the prospects for 2021 suggest that the company is expanding satisfactorily. Certainly the management thinks so. Between their two manufacturing plants, one in Vancouver and one in Bathgate, West Lothian, they have doubled capacity since December 2020 and are planning another similar increase by April. In addition the company has a manufacturing partner in China. 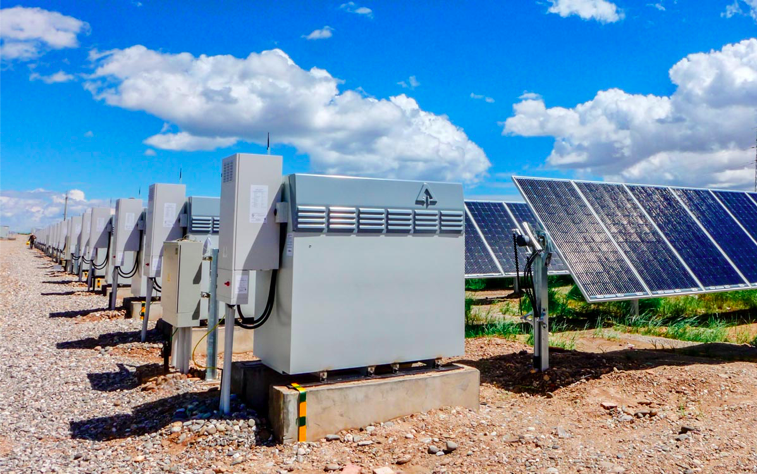 In spite of these apparently good numbers there is some question as to how well flow batteries have been accepted by the market. Their advantages over lithium-ion batteries for storage have been discussed before (Greenbarrel, June 2020), but it seems that the majority of intermittent renewable sources that are equipped with storage do so with lithium-ion batteries.

There are several possible reasons for this. Lithium-ion batteries have a longer track record and are widely known, so purchasers may just be going for the familiar. They may also be interested in only very short-term storage (minutes rather than hours) where flow batteries may not offer sufficient advantages. Or the prices being offered may simply favour lithium-ion.

An encouraging sign for Invinity was the sale last year of 8MWh of storage to Yadlamalka Energy in South Australia. This is for a 6MW peak solar farm being built in the open plains 80 kms north of Port Augusta. It will be connected to the South Australian electricity grid. This is Invinity’s first sale of such size and, if successful, will be a very useful reference for the industry. It is interesting because it is not far (in Australian terms) from the Tesla lithium-ion battery installed at the Hornsdale solar farm in 2017. Comparisons will be useful.

Of the other sales last year 1.8MWh went to the European Marine Energy Centre’s tidal project on Eday, Orkney. The flow batteries will smooth out electricity production, which will be used to produce hydrogen for more convenient export of energy.

Invinity are also delivering flow batteries with 5MWh capacity to the Energy Superhub Oxford. This is one of three UK projects testing how future local energy hubs will be configured. It will contain both lithium-ion and flow batteries so that synergies between the two can be explored.

Meanwhile the share price benefited from the general increase in AIM-listed renewable energy shares in June (Greenbarrel, Oct 2020) and now lie at 152 pence, down from a peak of 230p at the end of last year but well above the post-merger low of 36p in May 2020.

By Julian Singer|2021-04-13T07:21:29+00:00April 13th, 2021|RedT Energy|Comments Off on Invinity, the flow battery manufacturer, has had significant orders and is doubling manufacturing capacity