During the 2020 monsoon the power output from India’s wind turbines was reported to be 30 to 40 per cent below that expected[1]. This is important because seventy per cent of India’s annual wind power is normally generated during this season, which runs from June to September. It is also surprising because above average rainfall has been reported for the same period. However this year’s monsoon was erratic both in timing and location. It is therefore possible that the average wind speed has not dropped much but it has happened in places with a large number of wind turbines. It is also possible that there were other reasons such as turbines out of action or lost connections to the grid. Whatever the cause such a large variation casts doubt on the reliability of wind as a source of power. 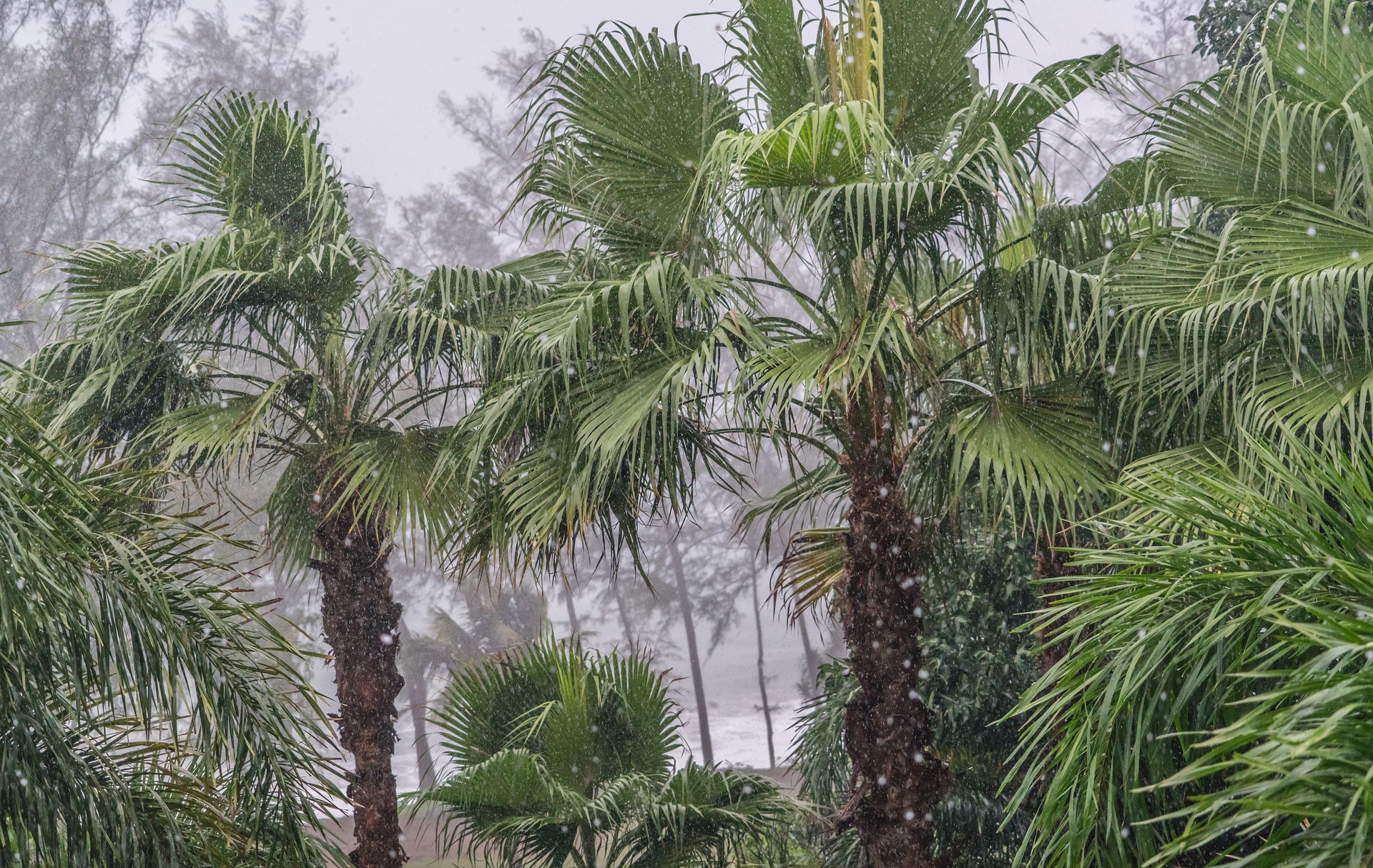 Image by Michelle Maria from Pixabay

India’s monsoon has often been studied because of its importance for the Indian economy and well-being. One study by Vaisala showed the average wind speed dropping between 1980 and 2017 by up to five per cent in some regions. However 2018 and 2019 were above average years. As the authors admit, such data is only an indication of wind turbine output since historically wind was measured at heights of 10 to 30 metres, well below wind turbine height, and is necessarily sampled sparsely over a very large area.

A change of five per cent in the wind speed might not appear to be very significant but, theoretically, the turbine output varies as the cube of the wind speed, meaning that doubling the wind speed gives eight times as much power, or conversely halving it gives one eighth. 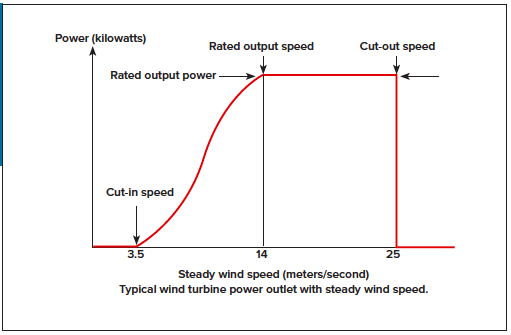 In practice this only applies over a certain range, from the cut-in speed to the rated output speed in the figure above. The rated output power is the power that the generator is optimised for.  It is held more or less constant by feathering the blades or using mechanical or electrical brakes. If the wind speed changes in this region the output does not change significantly, so that overall the dependence of power output on wind speed is considerably less than cubic but still strong. Above the cut-out the wind speed is considered dangerously high and generation is stopped.

With the UK planning to depend heavily on wind for its energy, can it expect problems similar to the monsoon? The Meteorological Office documents wind speeds over land from weather stations. Annual deviations from a ten-year mean vary between two and eight per cent, which might be a cause for concern. There is, however, a more direct way to look at the problem, which is to consider the power generated relative to turbine capacity (the “capacity factor”). For the total UK onshore capacity the maximum annual variation from the five-year average is 11 per cent; for offshore it is 8 per cent.

There are several factors other than wind speed that affect this variation, such as downtime due to maintenance and repair, changes in turbine efficiency and the move to taller towers that access different wind patterns. However it is worth noting that if, in 2030, the UK reaches the goal of having an offshore capacity of 40GW, a drop in the capacity factor of 8 per cent would mean the loss of 3.2GW, equivalent to five London arrays or nearly the whole of the Dogger Bank wind farm, expected to be the largest in the world when complete in 2023.

Some food for thought when we think about the need for storage and back-up power.