Seas and forests are muddying the carbon budget 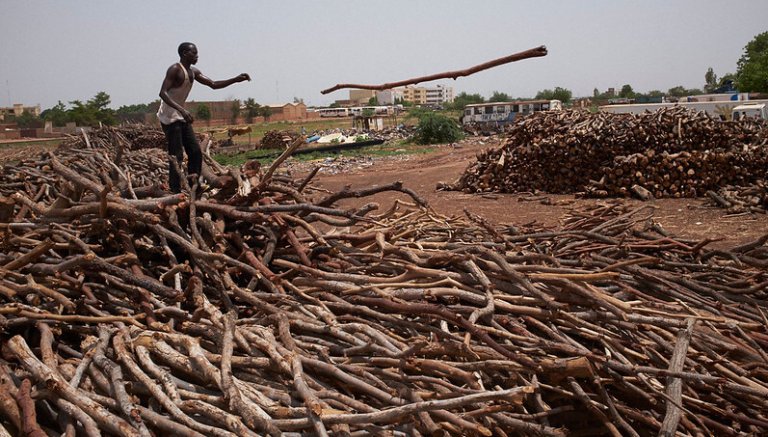 As climates change, forests may not absorb more carbon as expected. But a new carbon budget could appeal to the oceans.

A warming climate makes trees grow faster. The awkward finding is that  faster-growing trees die younger. Therefore they must surrender their carbon back to the atmosphere quicker.

So tomorrow’s forests may not be quite such reliable long-term banks of carbon pumped into the atmosphere as a consequence of profligate fossil fuel use by human economies.

The more reassuring news is that the ocean – that’s almost three fourths of the planet’s surface – may absorb and store a lot more atmospheric carbon than previous estimates suggest.

All calculations about the future rate of global heating, and the potential consequences of climate change, rest upon the carbon budget.

This is the intricate accounting of the mass of carbon in continuous circulation from air to plant to animal and then to shell, skeleton and sediment, and the expected flow of carbon emissions from the combustion of fossil fuels stored hundreds of millions of years ago, and exhumed in the last two centuries.

To make sense of the factors at work, climate scientists have to make calculations about all the carbon stored in the permafrost, in the soils, in the forests, dissolved in the oceans, free in the atmosphere and being released from power station chimneys, vehicle exhausts and ploughed or scorched land.

But for decades, one component of the equation has been automatically accepted: more forests must mean more carbon absorbed, and better protected natural forests would store the most carbon, the most efficiently.

Now a new report in the journal Nature Communications introduces some doubt into this cornerstone of the carbon budget. In an already warming world, much more of the carbon stored in tomorrow’s forests might find its way back into the atmosphere.

Researchers looked at 200,000 tree ring records from 82 tree species from sites around the planet. They found what they describe as trade-offs that are near universal: faster-growing trees have shorter lives.

This was true in cool climates and warm ones, and in all species. So the hope that natural vegetation will respond to warmer temperatures by absorbing even more carbon becomes insecure, especially if it means that the more vigorous growth means simply swifter death and decay.

“Our modeling suggests that there is likely to be a timelag before we see the worst of the potential loss of carbon stocks from increases in tree mortality,” said Roel Brienen of the University of Leeds in the UK, who led the research. “They estimate that global increases in tree death don’t kick in until after sites show accelerated growth.”

All such research is provisional: the findings gain currency only when supported by other teams using different approaches. So it has yet to be confirmed.

But recent studies have suggested that climate change has already begun to complicate calculations. Just in recent months, research teams have found that forest trees are growing shorter and dying younger; that higher temperatures may affect plant germination; and that forests already hit by drought may start surrendering carbon more swiftly than they absorb it. Planting more trees is not an alternative to reducing greenhouse gas emissions.

On the other hand, the carbon budget may still make sense: the oceans may be responding to ever-higher concentrations of carbon dioxide by absorbing more from the atmosphere, which also makes the oceans more acidic, which is not necessarily helpful.

All such calculations are based on sea surface temperatures. Gases such as carbon dioxide and oxygen dissolve well in colder water, not so well in warm lagoons and tropical tides.

But a British group reports in the same journal that calculations so far may have been under-estimates. This is because, on balance, researchers have tended to ignore the small difference between the temperatures at the surface, and a few metres down, where the measurements of dissolved greenhouse gas were actually made.

A team from the University of Exeter worked from a global database to make new estimates of the oceans’ appetite for carbon between 1992 and 2018.

“We used satellite data to correct for these temperature differences, and when we do that, it makes a big difference – we get a substantially larger flux going into the ocean,” said Andrew Watson, who led the study.

Tim Radford, a founding editor of Climate News Network worked for The Guardian for 32 years mostly as Science Editor. He has writing about climate change since 1988.