Fossils Would ‘Bust the Paris Agreement’ with Inadequate Decarbonization Plans 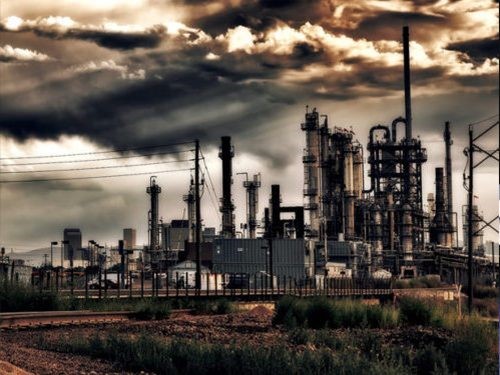 Three of the world’s biggest fossil companies—BP, Shell, and Equinor—are relying on decarbonization scenarios that fall short of the objectives of the Paris climate agreement, concludes a peer-reviewed study led by Berlin-based Climate Analytics.

“Most of the scenarios we evaluated would be classified as inconsistent with the Paris Agreement as they fail to limit warming to ‘well below 2°C’, let alone 1.5°C, and would exceed the 1.5°C warming limit by a significant margin,” co-lead author Robert Brecha said in a release this week.

“Fossil fuel companies claim that we can continue to burn oil and gas while keeping to the 1.5°C warming limit, and they cite their own scenarios as justification,” added Climate Analytics CEO and Senior Scientist Bill Hare. “But our research shows that their pathways would bust the Paris Agreement. Even temporarily exceeding 1.5°C warming would lead to catastrophic impacts and severely weaken our ability to adapt to climate change.”

The detailed technical paper in the journal Nature Communications assesses a total of six decarbonization scenarios published by the three fossils and the International Energy Agency. The research team looked at the average global warming that would result from each scenario, as well as the features of the future energy systems they envision, providing a consistent frame for governments and others to understand and compare the results of different decarbonization plans.

The authors warn that most of the pathways they analysed fail to achieve the long-term temperature goal (LTTG) in the 2015 Paris deal, “or do so with substantial interim overshoot,” primarily due to continued reliance on fossil fuels. That’s a problem, they add, since published pathways that fall short of the Paris goals “will likely provide a misleading view of the transformations needed for reducing GHG emissions, both in the near term and the long term.”

The researchers call for further discussion on the (supposed) bridging role for natural gas in the transition off carbon, as well as scenarios that call for faster, deeper adoption of renewable energy. “A claim of 100% renewable energy by 2050 may align with energy sector benchmarks for [Paris Agreement]-compatibility, but it is not sufficient to guarantee these pathways meet the LTTG,” they write.

The Climate Analytics paper lands at a moment when fossil companies are profiting wildly from high oil prices brought on principally by Russia’s war in Ukraine, as well as the economic rebound following COVID-19 lockdowns. Although fuel prices in some parts of the world have been relenting recently, U.S. President Joe Biden famously commented in June that colossal fossil ExxonMobil was making “more money than god”. Analysis released last week by Toronto-based Environmental Defence showed Canada’s four biggest fossils taking home C$12.3 billion in profits over three months, even as they rejected federal attempts to place a cap on their greenhouse gas emissions. Earlier this week, Saudi Aramco reported nearly US$88 billion in profits over the last six months and a record $48.4 billion over the last three, 90% more than the same quarter last year.

And yet, a Fitch Solutions scan shows colossal fossils BP, Chevron, ExxonMobil, and TotalÉnergies holding back on new investment, with only Shell reporting plans to increase spending, industry newsletter Rigzone wrote last week. “The difficulty in making multi-billion-dollar investments over the long term continues to be dogged by uncertainty raised by the energy transition,” prompting most of the companies to “remain balanced” in their capital spending plans for this year, Fitch wrote.

But Bill Hare at Climate Analytics said fossil investment is still on the rise in Africa and Australia. That shows companies have “chosen to make a bet in effect that the world will not implement rapid climate action”—even though most of them have understood the science of climate change “better than most” for at least a generation.

“In the past, oil and gas majors contested and clouded the science on climate change with uncertainty,” Hare told The Energy Mix in an email. “More recently, they are putting out increasingly sophisticated delay arguments. This includes the one around gas being a transition fuel, a bridge to some zero-carbon future. Yet the science as it’s available shows that this is not the case, and that gas is a bridge to nowhere but a 3-4°C warmer world.”

While some of the companies “are beginning to recognize that they have to change their business model,” he added, “many are not. Some are doing this because of pressure from investors, some are doing it because they judge that that is their only means of survival in the long run.”

He cited BP as one possible example of more genuine chang