Oceans’ plastic tide may be far larger than thought 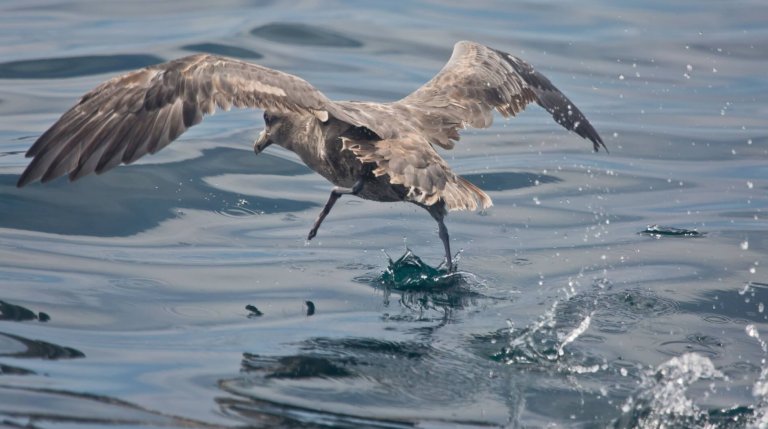 The world’s seas could be home to a vast reservoir of hitherto unidentified pollution, the growing burden of the oceans’ plastic tide.

Up to 21 million tonnes of tiny and invisible plastic fibres could be floating in the first 200 metres of the Atlantic Ocean alone. And as British research exposed the scale of the problem, American chemists revealed that for the first time they had found microplastic fibres incorporated within human organ tissues.

But first, the global problem. Oceanographers have known for decades that plastic waste had found its way into the sea: floating on the surface, it has reached the beaches of the remote Antarctic, been sampled in Arctic waters, been identified in the sediments on the sea floor and been ingested by marine creatures, from the smallest to the whale family.

Ominously, researchers warn that the sheer mass of plastic waste could multiply threefold in the decades to come. And, unlike all other forms of human pollution, plastic waste is here to stay, one day to form a permanent geological layer that will mark the Anthropocene era.

“Plastic is making its way into our bodies but very few studies have looked for it there. We don’t know whether this plastic is just a nuisance or whether it represents a human health hazard”

Scientists report in the journal Nature Communications that at 12 places along a 10,000 km north-south voyage in the Atlantic late in 2015, the waters were sampled for evidence of just three forms of plastic litter: polyethylene, polypropylene and polystyrene.

These samples were taken at depths of 10 metres below the surface, between 10 and 30 metres below what oceanographers call the mixed layer, and then 100 metres even deeper.

They then looked for fragments of the three plastics right down to the scale of 25 millionths of a metre, and began counting. They found up to 7,000 particles of all three types in a cubic metre of seawater.

Then they did the sums: people have been throwing plastic bags, packets, bottles, cups, nets and packaging away since 1950, and it has been getting into the Atlantic since 1950, with the estimated mass so far ranging from 17 million to 47 million tonnes.

The Atlantic has an average depth of 3000 metres. The discovery that the mass of plastic just in the upper 200 metres of one ocean lies somewhere between 12 and 21 million tonnes suggests that the flow of plastic into the seas everywhere may have been seriously under-estimated.

“Previously, we couldn’t balance the mass of floating plastic we observed with the mass we thought had entered the ocean since 1950,” said Katsiaryna Pabortsava of the UK National Oceanography Centre, at Southampton, who led the study.

“This is because earlier studies hadn’t been measuring the concentrations of ‘invisible’ microplastic particles beneath the ocean surface. Our research is the first to have done this across the entire Atlantic, from the UK to the Falklands.”

Large plastic fragments disfigure the landscape and represent a direct threat to animals that mistake them for food.

Nobody yet knows how dangerous microplastic fibres might be, but if they are consumed by little animals they soon get concentrated in bigger predators, including the greatest predators of all: humans.

Scientists told the American Chemical Society – at a virtual meeting – that they had developed the techniques needed to identify microplastic fibres in 47 samples from donated lungs, liver, spleen and kidneys: that is, such fragments did more than simply pass through a gastrointestinal tract. They became part of human flesh.

“There’s evidence that plastic is making its way into our bodies but very few studies have looked for it there,” said Charles Rolsky of Arizona State University. “And at this point we don’t know whether this plastic is just a nuisance or whether it represents a human health hazard.”

Although plastic seems to be durable and indestructible, there may be evidence that it can react with biology. The journal Frontiers in Environmental Science reports that fragments of plastic, collected from beaches and incubated in natural oils from the stomachs of a seabird known as the northern fulmar – hunted for food in the Faroe Islands – eventually released chemicals.

These were agents that had been added in the process of making that plastic: among them flame retardants, stabilisers and plasticisers. Once again, there is no certainty that such releases would harm the birds, but some of these chemicals have been identified in other tests as hormone disruptors.

“I’ve been working on northern fulmars for almost 10 years,” said Susanne Kühn of Wageningen Marine Research in the Netherlands.

“As these seabirds ingest plastics regularly, and 93% of the fulmars from the North Sea have some plastic in their stomachs, it is important to understand the potential harm this could cause.” − Climate News Network