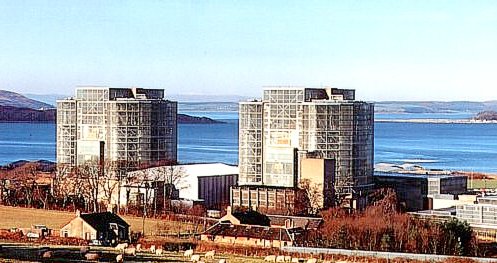 UK wind energy is forced to shut down to let more expensive nuclear stations go on operating at full power.

The United Kingdom’s nuclear industry is hindering the use of wind energy and pushing up the prices it charges consumers, because its reactors cannot be turned down when electricity production exceeds demand, campaigners say.

A report by a new British group, 100% Renewable UK, says the inflexible nature of nuclear, which means that it normally has to run at full capacity, is no longer suitable for a 21st century electricity supply.

Backed by a large group of local authorities and academic experts, the group says in the report that nuclear power stations, and the notion that they are essential for what is called baseload power, should be consigned to history.

Baseload power, it argues, is no longer needed, and the stations are in fact hindering the development of the flexible grids required in the modern world.

The report particularly studies the wind power compensation payments which the nuclear operators in Scotland had to pay to windfarms in 2017 and 2019.

The large amounts spent in this way, called “constraint payments”, are triggered when windfarms are asked by the National Grid to shut down production, to stop the electricity network from being overloaded. When supply exceeds demand it threatens the stability of the Grid, which then gives the nuclear stations priority, allowing them to keep running at full power.

The report, using data produced by energy consultants Cornwall Insight,  showed that in 2017 94% of the wind power that was “constrained” could have been used had nuclear not been operating, or had it been turned off instead. In 2019 the figure was 77%.

The £230m payment to wind farms for lost production was used by the anti-wind and pro-nuclear lobby to claim that it was excess wind power that was costing consumers money. However, the report argues that it was the inability of the inflexible nuclear plants to turn down their power that should be singled out, saying it would be just as reasonable to blame them for the need for compensation.

What is needed, it says, is a build-up of storage capacity for excess renewable power: large-scale batteries, the use of batteries in electric cars connected to the grid, pump storage and green hydrogen, for example, and the abandonment of nuclear power altogether because it does not suit modern needs.

Dr David Toke, from the University of Aberdeen, author of the report, said: “It is wrong for wind power to be blamed by the media for these compensation payments. Inflexible operation of nuclear power plants is switching off wind turbines.

“Essentially, cheaper electricity production from wind farms is being turned off in order to protect production from nuclear power plants, whose output is much more expensive to manage.”

The report also says that the UK government’s support for more nuclear stations will only make things worse, giving priority to much more expensive and inflexible electricity production from new stations, like Hinkley Point C in the West of England, at the expense of much cheaper wind and solar power.

Councillor David Blackburn, chairman of the organisation Nuclear Free Local Authorities, who backs the campaign for 100% renewable energy by 2050, said: “The report confirms to us that the outdated baseload energy model (of nuclear power) is hindering the growth of renewable energy. It is time for a wholesale reform to a decentralised energy model that responds better to public and business needs whilst tackling the climate crisis. “

“This report shows that, with a change of policy direction, the goal of 100% renewable energy generation can be realised much earlier than ever thought possible.” − Climate News Network