Suzlon has installed about 35 per cent of India’s wind capacity, and its problems are indicative of the whole sector. In its annual report for 2019 the Global Wind Energy Council (GWEC) wrote about India that “while more than 17GW of capacity has been auctioned across the country by various power purchasing agencies in the last three years, nearly one-third went unsubscribed or was cancelled post-award due to various factors: stringent tender conditions; low tariff caps; offtaker risks; unavailability of grid; and/or land availability.” It added that according to one consultancy study “more than 80 per cent of awarded projects have been delayed by six to twelve months”.

When auctions replaced feed-in tariffs in 2017 they were welcomed by wind project managers and manufacturers mainly because they were organised by the central government. This brought more certainty in the purchase power agreements, large orders and an extension into states that did not traditionally use wind power. It was felt that the larger market would offset the expected decrease in price. 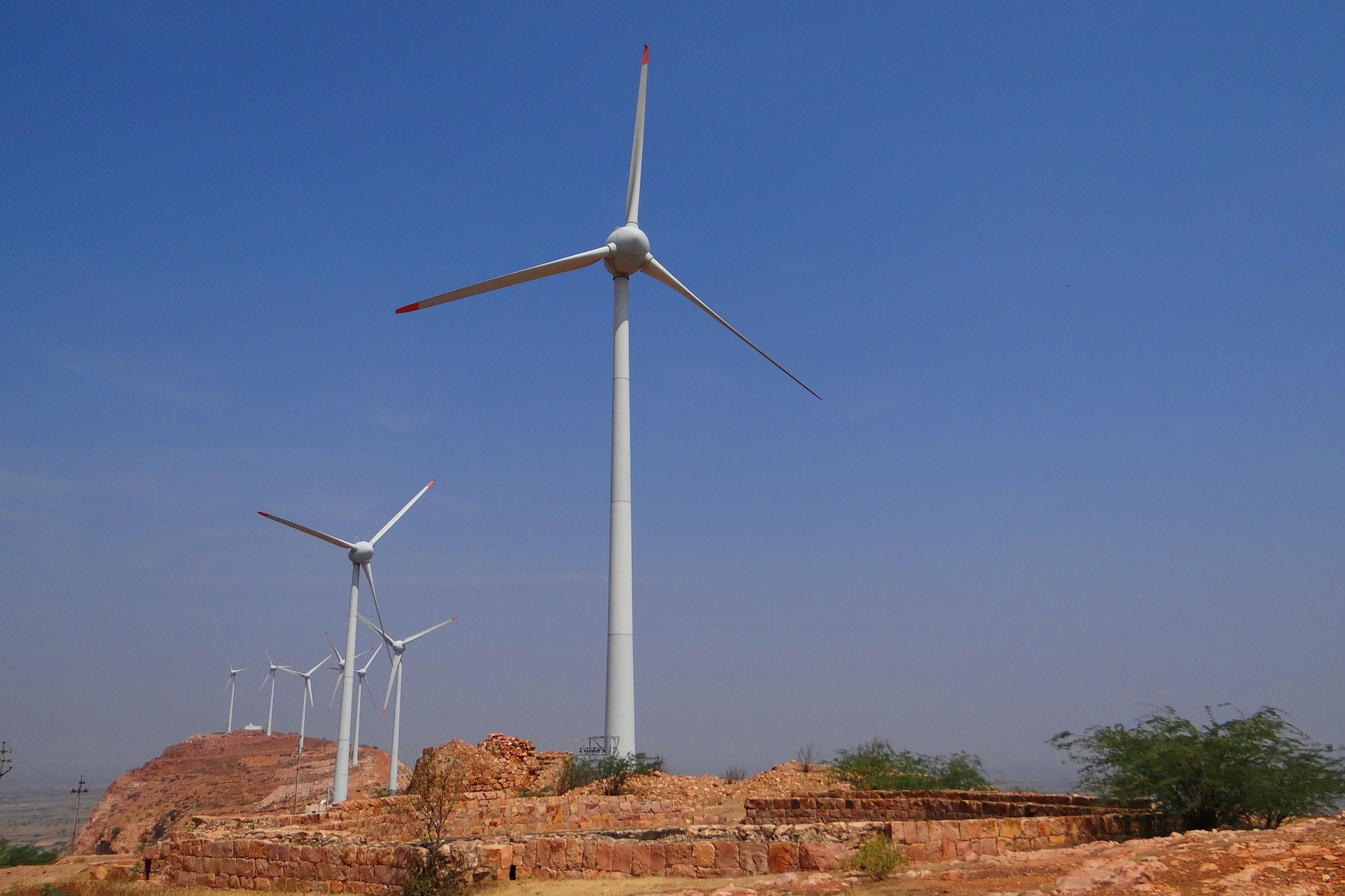 However in the year before the change India had added 5.5GW of wind power whereas its manufacturing capacity was nearly double that. Predictably the price dropped heavily from about £38 per MWh to £27 as companies tried to grab market share. When we last wrote about Suzlon in August 2018 the company was describing the financial year 2017 (April 2017 to March 2018) as one of transition, with the country returning to normality in FY2018 by adding 10GW.

Unfortunately this has not happened, with total new commissioned capacity dropping to 1.8GW in FY2017 and 1.5GW in FY2018. Suzlon now expects the country to add 3GW in FY 2019 and 5GW in FY2020. The increases are justified by the higher price of £32 per MWh in recent auctions and the removal of existing tariff caps in future auctions. If these predictions are true India will have a capacity of about 45GW in March 2021, well short of the government’s goal of reaching 60GW in 2022. These projections are similar to those of the base case in a recent GWEC report, which assumes that some of the constraints are resolved.

Suzlon is not the only manufacturer or developer to suffer in the last few years, but it has suffered particularly badly. Its market share has dropped from 41 per cent in 2018 to 19 per cent to 2019. It seems to have been particularly badly hit by the problems described by the GWEC. In Q3 2019 it cancelled 632MW of its order book due to “… teething troubles of land, power evacuation and other constraints”.  Although the company has some revenue for the operation and maintenance of existing installations, this cancellation is several times the capacity it expects to install in the year.

As a result of losses over the last three years Suzlon has a gross debt of £1.4 billion and has defaulted on loans in January.  It is now restructuring its debt and has entered into the Reserve Bank of India’s framework for the resolution of stressed assets. The company had a similar problem in 2012 when it nearly collapsed after over-expanding overseas (at one time it was the world’s fifth largest wind turbine manufacturer).

Suzlon insists that the market for wind turbines is large and that even with the recent price increases the cost per MWh is less than for coal and hence attractive. While this is true, it is of no consequence if the projects cannot be implemented and if they cannot be done profitably. Perhaps surprisingly, the company continues to support the system of competitive bidding, even though this has led to many of its problems.

It is clear that for India to reach anywhere near its goal for wind capacity the central and state governments need to be more certain that projects are viable before auctioning them; and after auction it needs to help overcome the familiar obstacles such as grid availability, the regulatory framework and delays in permits and payments.

Note: all rupees converted at the rate of Rs90=£1