When we last wrote about Suzlon in April 2020 the company had just defaulted on its debts and had entered into the Reserve Bank of India’s framework for the resolution of stressed assets. The main cause of the problems were a high level of debt combined with an oversupply of manufacturing capacity in India leading to unsustainably low prices in the power auctions as well as the cancellation of many projects due to problems of grid and land availability.

Wind energy in India is generated principally during the monsoon season from April to September and is very sensitive to the quality of the monsoon winds. As we have reported earlier (in October and earlier this month) the monsoon produced much less wind energy in 2020. Of course Suzlon’s profits do not depend on the energy produced but on the number of wind turbines installed. Still, a poor season might be expected to lead to more delays in installation. 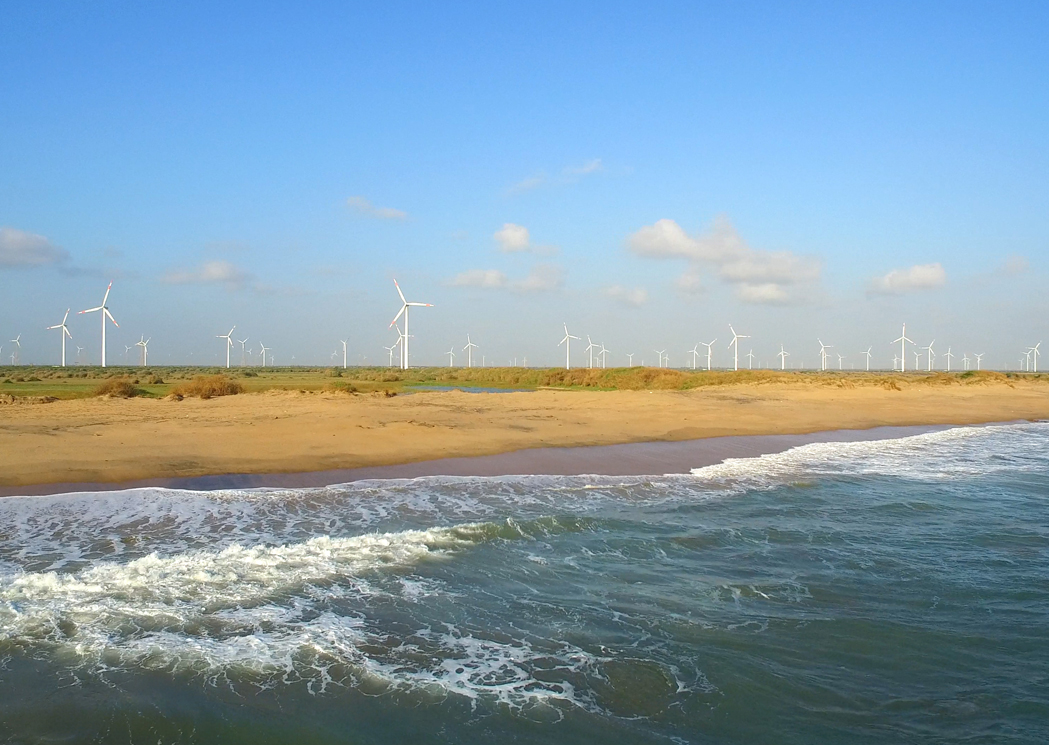 Against this background the results for the half-year from April through September 2020 were a pleasant surprise. Revenue was still low at £124m (H1 FY2019: £164m) but EBITDA was positive at £20m (H1 2019: -£32m). This was achieved though ”massive reorganisation and cost reductions”. The total loss for the half-year was reduced, before exceptional items, to £53m (H1 2019: £106m). The main factor here was a large restructuring of the debt which caused interest costs to be reduced by seventy per cent. Most of the debt was converted into preference shares and debentures.

Suzlon is India’s leading wind turbine manufacturer and has supplied 34 per cent of the turbines installed to date onshore India, although its share has been dropping recently. Its troubles therefore reflect troubles in the Indian wind business as a whole. The goal of 60GW by 2022, set by the Modi government when it came to power in 20xx, still stands, but the total installed by the end of 2020 is expected to have been near 40GW, so there is a long way to go.

In addition to the long-standing problems of grid infrastructure and land allocation the variability of wind output has been highlighted by last year’s monsoon. Perhaps because of this a new type of auction was introduced last year: Round-the-Clock power supply. The idea was that suppliers such as Suzlon would put together a package of wind power, solar power and batteries to provide a certain guaranteed electrical power to the distribution companies.

The first such auction was held in May 2020 and was won by ReNew Power at a rate of £29 per MWh increasing by 3 per cent per year, comparable to recent wind and solar auctions. However it turns out that in the final contract the terms were diluted so much that the power was neither round-the-clock nor guaranteed[3], nor it seems entirely renewable, as gas turbine back-ups have now been allowed. Ashwani Kumar, CEO of Suzlon, declared himself enthusiastic about RTC contracts but they clearly have a long way to go.

Meanwhile Suzlon feels that its troubles are behind it and that it is in a strong position as the leading Indian wind turbine manufacturer, with a “firm” order book of 0.9GW, auction prices up from their low of £24.3 per MWh to £30, and technology improvements in the pipeline. On top of this the government has been pushing hard its policy of “Aatmanirbhar Bharat” (self-reliant India). The results for Q3 (Sept to Dec 2020) will be worth watching.

[1]EBITDA is Earnings before interest, tax, depreciation and amortization

[2]All financial figure converted at the rate of Rs100=£1