It is now very fashionable to decry the use of single use plastic and to insist that its’ use must be reduced. It is the more surprising that this emphasis has apparently emerged not slowly but all of a sudden. After the Blue Planet/David Attenborough broadcast, everything changed: reduction in the use of plastic was suddenly the topic for discussion.

However, the replacement of single use plastic is more complicated than it might seem. In the beverage industry, cans are an obvious substitute for plastic bottles, until one considers that the production of cans involves releasing four times as much emissions into the atmosphere as the production of plastic bottles; replacing plastic made in the UK with glass made in the UK is doubtless a good thing, but can it be sensible for UK glass companies to import bulky glass bottles from Turkey or even China as a response to a sudden increase in the demand for glass?

Or again, does it make sense to remove plastic covering on vegetables if the result is that produce becomes waste much earlier? It is entirely understandable the chief executives see their aim as maximising shareholder profit, but maximising profit needs to be seen holistically: maximising profit should not need to go hand in hand with maximising waste. 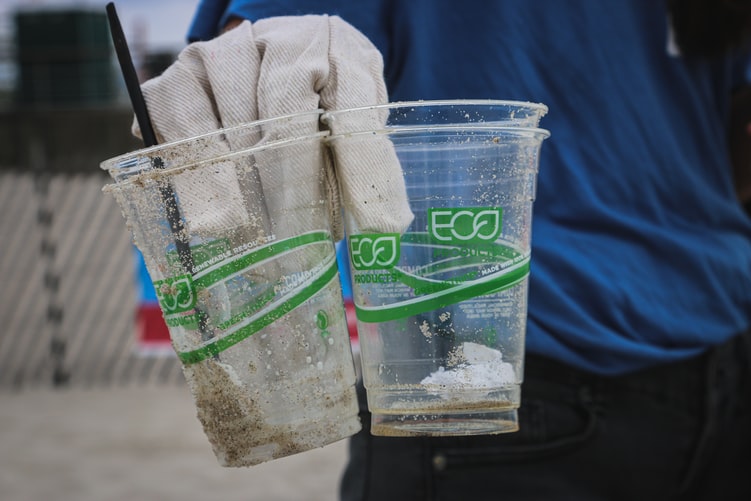 This is an area where Government has its part to play. On Wednesday 12 March the Chancellor of the Exchequer announced that from April 2022, manufacturers and importers will be charged £200 per tonne on packaging made of less than 30 per cent recycled plastic. He claimed that the move would increase the use of recycled plastic in packaging by 40 per cent said to be “equal to carbon savings of nearly 200,000 tonnes”.

This tax based on a minimum recycled plastic content should serve to focus minds on how to align a reduction in fresh plastic content with the interests of shareholders without losing sight of waste. For the Chancellor also announced £7.2 million to be invested in a national system to enable the smart tracking of waste movements across the country, as well as a £2m fund to support innovative approaches to tackle fly-tipping.

It is worth noting that the Chancellor’s proposed tax aligns neatly with one of The European Plastic Pact’s objectives, announced on 6 March of “Boosting the use of recycled plastic as much as possible, with an average of at least 30 per cent recycled plastics across single-use plastic products and packaging”. That is a commendable objective.

But the reality is that much of the task of reducing plastic and plastic content revolves around suppliers. They will want to know that there is a viable commercial market for their product. There is no point in replacing plastic with a technology so expensive that bankruptcy is the result. What is needed is a decision which also reflects financial sustainability. Investing in the long-term future of any business means in many cases keeping the suppliers “on-side.”

By Stewart Dalby|2020-03-17T20:29:24+00:00March 17th, 2020|External|Comments Off on Reducing single use plastic depends ultimately on suppliers despite government initiatives