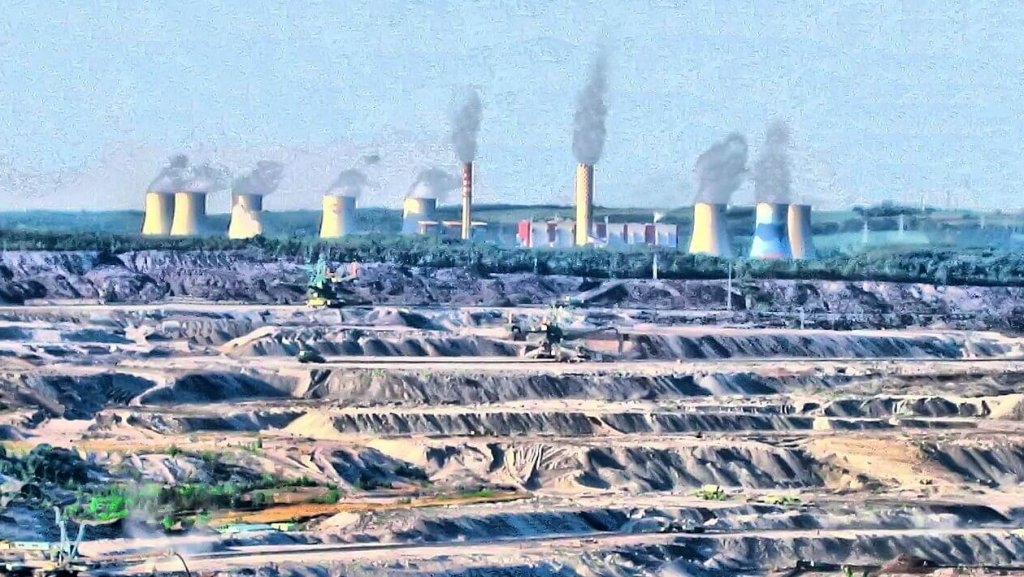 Poland’s Turów lignite mine and power plant, contested by Germany and the Czech Republic. Image: By qbanez, via Wikimedia Commons
This article first appeared on the climatenewsnetwork.net  website

Two European states with a traditional reliance on coal are taking radically different paths as the climate crisis worsens.

LONDON, 3 February, 2020 − Both countries are in the European Union, both have for years been known for their reliance on coal. But now their policies could not differ more: one is turning away from coal, the most polluting fossil fuel, while the other is enthusiastically developing it.

At one end of the spectrum is Spain: it plans to close its last operating coal mine by the end of 2021. Not so long ago the country was heavily dependent on coal for its power: last year coal generated less than 5% of Spain’s electricity.

At the other extreme is Poland. Despite EU-wide commitments to phase out the use of coal over the coming years, Poland is still opening new coal pits and coal-fired power plants.

In recent days the government in Warsaw granted POLSKA PGE, the state-owned energy company, a permit to expand a lignite mine at Turów, on Poland’s borders with Germany and the Czech Republic.

According to campaign groups, the permit was rushed through without an environmental impact assessment being completed and before an appeals process was allowed to start.

Both Germany and the Czech Republic have protested about the mine.

Belchatow power station in central Poland is Europe’s biggest coal-burning power station. Emitting an estimated 30 million tonnes of climate-changing greenhouse gases each year, it is also the most polluting. More than 80% of Poland’s electricity is generated from coal.

In Spain, more than 50,000 people were employed in coal mining in the mid-1990s, mainly in the northern province of Asturias. Mining communities formed an integral part of the country’s social fabric and played an important role in its history, having launched attacks against the forces of the dictator General Franco during Spain’s bitter civil war.

Over recent years the Spanish government has inaugurated a series of initiatives with mining communities, promising early retirement packages, money, and jobs in renewable power industries.

Analysts say a number of additional factors have helped Spain wean itself off coal. State subsidies to the industry have been cut.

The EU’s Emissions Trading System (ETS) has, after many years of inactivity and failed policy objectives, finally managed to set a price on carbon emissions which discourages large users of fossil fuels.

Falling prices for gas – a fossil fuel, but one with far lower emissions than coal – have helped Spain’s power turnaround. Spain has also made big investments in renewables such as wind and solar power.

But all is not rosy in Spain on the emissions front. While coal-burning emissions have fallen dramatically in recent years, greenhouse gas emissions from the transport and other sectors have risen by well above the EU average.

Poland does not have the solar advantages of sunny Spain. It also requires far more energy for heating purposes. Like Spain, Poland has a long coal-mining tradition and, despite many mine closures following the collapse of communism in the early 1990s, mining unions remain strong and exert considerable political influence.

Poland’s ruling populist Law and Justice Party has consistently backed the country’s coal lobby and the mining unions: large subsidies are still granted to the sector and legislation has recently come into force making it easier for operators to open new mines.

There are wider political and security issues at play: historically, coal has been seen in Poland as vital, ensuring the country’s independence. Warsaw is acutely suspicious of any form of reliance on gas supplies from Russia for its energy needs.

But change could be on the way. There is growing awareness in Poland about the dangers to the climate as a whole – and to the health of the population – of continued reliance on coal. Protests have been held in several towns and cities about the impact of coal-mining on air quality and water supplies.

The EU is exerting more pressure on states to cut back on fossil fuel use and meet emission reduction targets.

In the end finance – or the lack of it – could be the key to reducing coal use. Financial institutions and insurers are becoming increasingly wary about investing or supporting coal projects.

Coal, within the EU and worldwide, is rapidly running out of friends. – Climate News Network

Kieran Cooke, a founding editor of Climate News Network, is a former foreign correspondent for the BBC and Financial Times. He now focuses on environmental issue