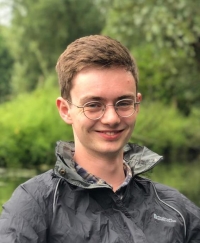 A major criticism of renewable energy generation is that of supply stability. What if the wind stops blowing or clouds obscure the sun? Smart grids are able to closely monitor and manage power distribution to neutralise such instabilities but would require a major change in the national grid as it is today.

Smart grids allow for two-way communication between a utility and its customers, as well as real-time monitoring at every point along the network. This data is then used to make decisions – often autonomously – about the pricing, redistribution and storage of power.

Having many, smaller energy generation systems connected in a smart grid helps to smooth out variance in supply. If the wind dies down in one region, energy generated from solar modules in another could bolster the supply. During a period of surplus, the excess could be stored in hydroelectric dams or battery banks, ready for periods of shortage.

This requires the use of smart meters. These devices monitor, report and – in some cases – control power usage and quality at the point of consumption. They are also able to receive information about the fluctuating price of energy.

The ability for a consumer to vary their consumption with price in real time allows for more intelligent use of power. A study by the University of Cardiff and the Telecommunications Research Laboratory in Bristol modelled the effect of controlling the power usage of washing machines, tumble dryers and dishwashers. A 20 per cent  penetration of these smart appliances can provide up to 54 cent  of the modulation in demand required due to fluctuations in supply, depending on the time of day [1].

Electric vehicles (EVs) can go a step further, being used as a distributed power storage system. If EVs remain connected to the grid whilst parked, they can provide power from their batteries during dips in supply – a technology called vehicle-to-grid – as well as charging up when supply peaks. Although the current number of EVs on the road today would have only a minor impact in regulating a nation-wide smart grid, the cost of running such a vehicle is approximately halved by reducing charging costs [2].

Installation of smart grids is usually considered for developed economies with large power demands, such as the current plans to install up to 90,000 smart meters in Romania. However, the Intelligent Energy – Europe programme has successfully used smart microgrids as a way to electrify small rural communities in Senegal [3].This has since been considered as a potential model for India’s plans of expanding their own utilities systems whilst keeping to a renewable model.

Smart grids have two major challenges to overcome if they are to be widely adopted: compatibility and security. A huge number of devices across several separate companies need to successfully communicate with each other to perform all of the functions of a smart grid. This would require strict industry standards, which would be difficult to update should problems arise. One such problem is that of security, both physical and digital. A smart grid would need to be robust against failures or physical attack at all points.

In addition, the transmitted data contains information that consumers may wish to keep private, but anonymisation is difficult when geographical data is necessary. This would require all devices’ software and hardware within the smart grid to be kept up to date, which is logistically demanding and expensive. Ultimately, smart grids would be costly to implement and difficult to maintain in a secure manner. But with ever increasing loads on traditional grids, and the increasing reliance on unstable renewable energy going into the future, nation-wide smart grids may become a necessity.