There are two important facts about off-shore wind: the first is that the UK is the world leader, with more installed capacity than any other country; the second is that global off-shore wind capacity currently only represents 0.3 per cent of all the electricity generating capacity in the world. What is new and important is a report from the International Energy Authority (IEA) concluding that the figure of 0.3 per cent could be increased many times in the years to come. 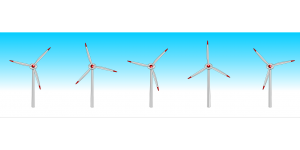 Image by OpenClipart-Vectors from Pixabay

The IEA is the world’s premier institution in the Energy field. Its thirty member countries and eight associates represent more than half of the world’s energy production and nearly three quarters of the world’s energy consumption. What it says is important: so what does the report say? It begins by noting that the dramatic falls in the costs of solar and on-shore wind power have helped renewables rapidly increase their share of electricity generation. In the future, in terms of the potential for steep cost reduction, off-shore wind could constitute a third renewable “pillar” alongside the first two.

An obvious initial caveat is that the IEA couches its predictions in a wealth of remarks about how “the market needs…industry should… governments ought to…” But the underlying point is that the potential for major growth is there: larger turbines and floating foundations may allow wind farms to be installed in much deeper water than has currently been envisaged. Technological advances will not be enough by themselves; they will need to go hand in hand with innovative finance and imaginative policy decisions by governments. But the report finds that global offshore wind capacity could increase some fifteen times and attract around $1 trillion of investment by 2040.

The growth of the offshore wind industry has been particularly noticeable in European countries along the North Sea, where high quality wind resources and relatively shallow water have provided good conditions for competitive development. Besides the UK, Germany has been very active and Orsted, (the former DONG) is Danish and the world off-shore energy market leader. The result of sustained policy support from the European Union has been nearly 20 gigawatts (GW) of offshore wind capacity by the end of last year (2018). The IEA sees current EU policies increasing that capacity by a factor of four over the next decade and potentially reaching nearly 130 GW by 2040. Indeed, if the EU were to develop policies which reflect its carbon-neutrality aims, offshore wind capacity would jump to around 180 GW by 2040 and become the region’s largest single source of electricity.

Off-shore wind is also set to grow dramatically elsewhere in the world. China, which installed more capacity than the UK in 2018, some 1.6 GW, is likely to play a major future role in the growth of offshore wind, not least because of the political and economic advantages in terms of the reduction of air pollution. But the technology is also attractive because off-shore wind farms can be built just off the coast of the major cities in the south. By around 2025, China is likely to have the largest offshore wind capacity of any country in the world, overtaking the UK.  By 2040, and with current policies, Chinese capacity could rise from today’s figure of 4 GW to 110 GW. New policies designed to meet global sustainable energy goals could push that even higher, to above 170 GW. There is also considerable potential in the US, where there are already good offshore wind resources in the east and northeast: improved floating facilities would expand the possibilities for harnessing wind resources off the west coast of the US.

More generally, at least in theory, floating platforms could enable offshore wind to meet the entire electricity demand of a number of key markets several times over, including Europe, the US and Japan. Intriguingly, the oil and gas industry has enormous historical expertise in off-shore semi-submersible drilling platforms……